The Cubs look to break their three-game losing streak.

Before right now, the last time the Cubs lost three straight regular-season games was September 23-26, 2015, in which they scored three total runs. They immediately followed that with an eight-game winning streak. So there's that, and also I thought I'd have a look at the longest losing streaks for recent teams that won 100 or more games -- the Cubs are still on pace for that.

The first thing you notice is how hard it is to win 100 games. Over the last 12 seasons, it's been done just seven times. And even those teams had losing streaks of some significance.

However, it would be nice for the Cubs to end their three-gamer. Tonight.

Good to see Jason Heyward back in the starting lineup. After the scary injury Friday, he missed only three games. 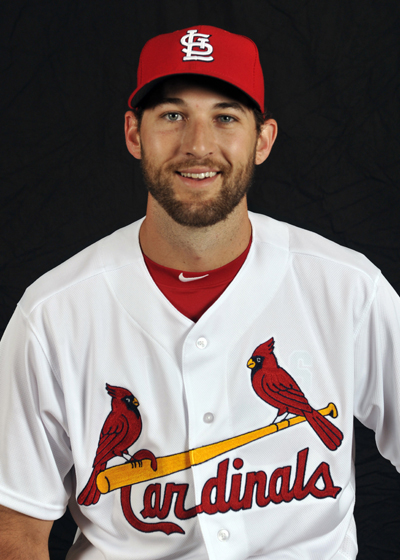 Jason Hammel's May hasn't been terrible -- 3.97 ERA in four starts -- but then, it hasn't been nearly as good as his April (0.75 in four starts). Perhaps there's a middle ground to be found? Hammel threw six good innings against the Cardinals April 19 in St. Louis, allowing just one run on five hits, with no walks. I'd take another one of those.

Michael Wacha has not faced the Cubs this year. The last time the Cubs saw him was in Game 3 of last year's division series, in which they pounded him all over Wrigley Field, including three home runs. They also hit him hard last September in two starts: 10.00 ERA in nine innings, including four home runs. Wacha has had a rough May: 5.32 ERA in four starts, and he hasn't made it past the fourth inning in either of his last two. Let's keep that sort of thing going.

Today's game is on CSN Chicago. Outside the Chicago and St. Louis markets it will be carried nationally on ESPN.