The Cubs, again, try to do something they haven't done yet in 2016.

Four times this season, the Cubs have gone into the final game of a three-game series having split the first two.

And four times, they have lost the rubber game (to the Rockies and Padres at Wrigley Field, and to the Brewers and Giants on the road).

It's time to end that sort of thing, don't you think? A win today takes the series, would give the Cubs a four-games-to-two lead in the season series against the Cardinals, and would make the road trip record 4-5. That isn't great, but after starting 2-4, it would finish the trip on a high note and really let the team enjoy tomorrow's off day. 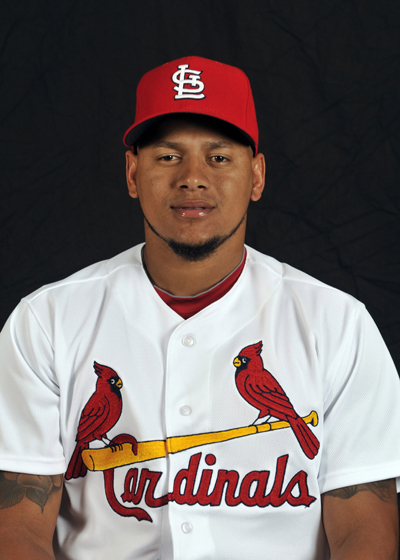 Jake Arrieta has not faced the Cardinals yet this year. The last time he faced them was in Game 3 of the division series, and even he admitted he had pretty much run out of gas by then. Still, he struck out nine in 5⅔ innings. He faced them four times during the 2015 regular season -- but not at all after July 7, which was about the time he started his historic run. He posted a 2.42 ERA in those starts, with a 1.154 WHIP, 25 strikeouts in 26 innings and no homers allowed.

Carlos Martinez gave the Cubs just one run in seven innings April 20 in St. Louis, the only game the Cubs lost in that series. The run was a solo homer by Anthony Rizzo, but you might remember Randal Grichuk making this great catch on another Rizzo blast that stole a two-run homer from Rizzo:

So, at least we know Rizzo has hit Martinez in the past. Martinez has a 5.85 ERA in four starts in May, so maybe he can be hit harder by the Cubs this time.