The Cubs look to sweep the Bucs.

You might think it's been a long time since the Cubs swept the Pirates in Pittsburgh. Actually, it's been less than four years -- they swept a three-game set September 7, 8 and 9, 2012, when the Cubs were on their way to a 100-loss season and the Pirates, who had awakened a bit to briefly contend early in that season, were going 9-22 after September 1.

This is different. Both teams here are good, both are contenders, both could make the postseason. A sweep of this series for the Cubs would be significant, not just for posting another win, but for letting the Pirates know they can win in their park. The Pirates were 7-4 at home before the Cubs came to town.

It's an early one today in Pittsburgh! #LetsGo 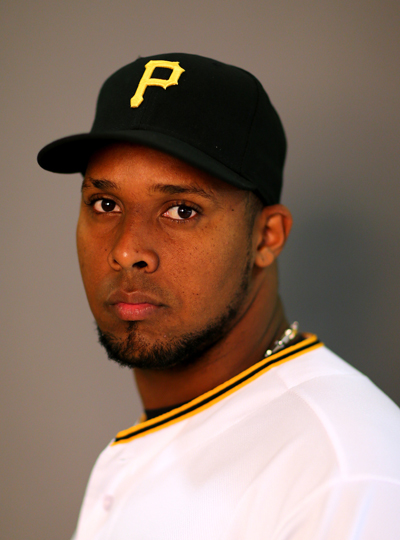 Jon Lester is off to an excellent start, having allowed more than one run in just one of his five April starts. He's also struck out 10 twice already -- he did that only four times all of last year. One of his best 2015 starts was this September 15 game at PNC Park, a complete-game win in the second game of a doubleheader where he gave up just five singles and struck out nine. Overall last year against the Pirates Lester posted a 1.57 ERA and 0.913 WHIP in three starts.

Juan Nicasio signed with the Pirates as a free agent last winter after spending 2015 in the Dodgers' bullpen. He hasn't been a fulltime starter since 2013 with the Rockies, and his five starts this year have ranged from mediocre to very good (seven shutout innings vs. the Reds in his last outing). Current Cubs are hitting a small-sample-size .316 (12-for-38) against Nicasio, though a lot of that is Jason Heyward (6-for-16), who isn't starting today.

Today's game is on CSN Chicago. Outside the Chicago and Pittsburgh markets this game will be carried nationally on MLB Network.