The Cubs start a series against a team off to almost as good a start as they've had.

Most of what's important for tonight's game is in the series preview, so check it out if you haven't already.

The Nats have piled up most of their 19-8 start against the Braves (6-0), Twins (3-0) and Cardinals (3-0). Against everyone else they're 7-8, which includes being swept by the Phillies in Philadelphia, two of those by shutout. The Phillies are off to a good start, but it's still up for question whether they're that good.

The Cubs and Nats are atop the N.L. pitching charts in ERA and fewest runs allowed. But the Cubs have outscored the Nats 159-120, and that's even after the Nats put up 13 runs on the Royals Wednesday in Kansas City.

This series should be a good test of both ballclubs' strengths. Bryce Harper, who was off to a hot start, is in a 4-for-30 slump. It would be good to take advantage of that.

We welcome the #Nationals to Wrigley Field for a four-game set.

That was the original Cubs lineup and tweet -- here's the revised version:

A few position updates, but our batting order remains the same:
La Stella - 3B
Bryant - RF
Zobrist - 2B pic.twitter.com/OOsXkkow3A 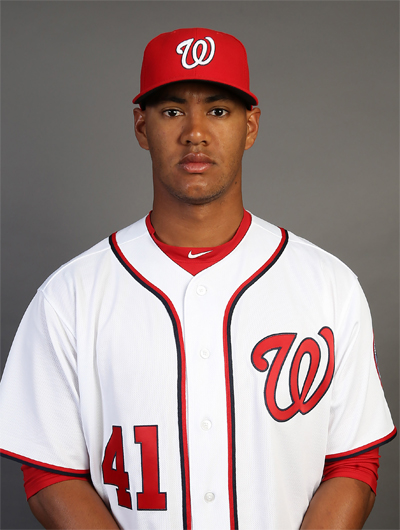 Kyle Hendricks had a start skipped last week due to the two rainouts, so he has not pitched in nine days. He's made four starts this year and pitched decently well, though not outstandingly. One of the best starts he made in 2015 was against the Nats, May 26 at Wrigley Field, where he threw seven innings, allowing four hits and one run. Current Nats are a small-sample-size 4-for-32 (.125) against Kyle with one home run (Bryce Harper).

Joe Ross' numbers could fit right in with the Cubs' rotation: 3-0, 0.79 ERA in four starts. His only weakness might be walks (seven in 22⅔ innings). Ross made his major-league debut against the Cubs last year, June 6 in Washington, allowing six hits and three runs in five innings. It's his only career appearance against the Cubs. Anthony Rizzo and Dexter Fowler were both 2-for-3 in that game.