The Cubs are going for their sixth win in a row this afternoon.

The Cubs have had two winning streaks of five games this season (and another of four). The current five-game streak would be extended to a season-high six games with a victory this afternoon over the Nationals.

There isn't much other news regarding the Cubs this morning, except that Miguel Montero says his back is progressing well and he thinks he might not need a rehab assignment. He's eligible to come off the DL Tuesday. 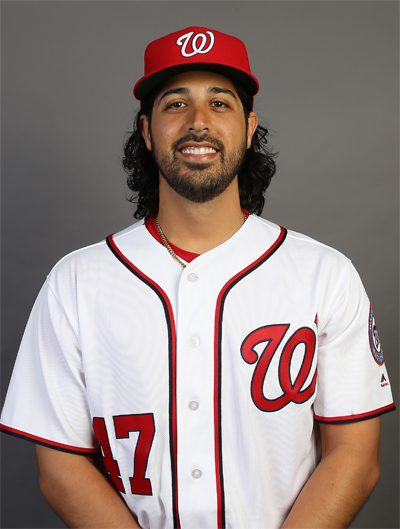 Jason Hammel struggled a bit in his last outing, Monday against the Pirates (two runs in five innings), but it was good enough for another win. Really, Hammel's been consistently solid all season so far. His last start against the Nats, June 6, 2015 in Washington, was excellent: eight innings, five hits, two runs, seven strikeouts. He'll need to keep Daniel Murphy (6-for-11, two doubles vs. Hammel) down to succeed. What is it about Murphy vs. Cubs pitching?

Gio Gonzalez' first five starts could fit right in with the Cubs rotation: 1.15 ERA, 0.989 WHIP. He's allowed just one home run (Carlos Ruiz) in 31⅓ innings. His last start against the Cubs was June 4, 2015 in Washington. He allowed four hits and four walks in six innings. Being patient with Gonzalez is likely the key to beating him. Dexter Fowler has hit him well (6-for-14, a double, a home run).