The Cubs go for a four-game sweep of the Nats.

This is not an easy thing to do; no Cubs team had swept that many four-game sets in a season since 1945.

The current series is the Cubs' first four-game set of 2016. With a win today, they'll sweep it, and with Jake Arrieta on the mound, they've got a pretty good chance of doing so.

There's your storyline for today. Also, a win would give the Cubs seven straight. 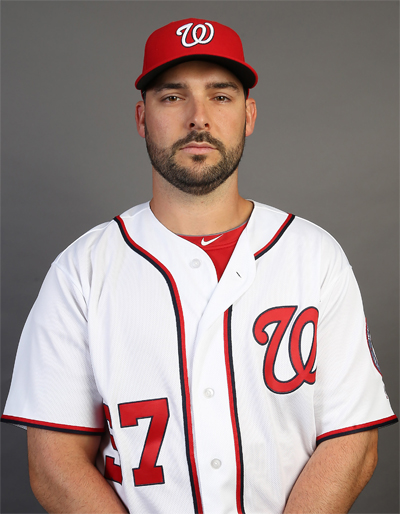 What further superlatives can I possibly write about Jake Arrieta that you haven't already heard? He's trying to become the second pitcher (after Chris Sale) to go 7-0, his ERA stands at a major-league-leading 0.84, his ERA+ is an insane 496 and he's already posted 2.2 bWAR, and we're only one month into the 2016 season. He faced the Nats once last year, June 4 in Washington, and gave up one run in six innings, with eight strikeouts. And that was before he went on his historic second-half run.

Tanner Roark has three starts this year in which he's thrown seven innings and given up no runs. In his other three starts, he's thrown 17⅓ innings and allowed 22 hits and 10 earned runs. Which is the real Roark? The good starts were against the Braves, Twins and Phillies; the bad ones against the Marlins (twice) and Royals. Current Cubs are hitting .204 (10-for-49) against Roark, but three of those 10 hits are home runs (two by Anthony Rizzo, one by Kris Bryant).

Roark is a native of downstate Wilmington and played college baseball at the University of Illinois.

Today's game is on WGN. Outside the Chicago and Washington markets this game will be available nationally on MLB Network.