A little more than two weeks ago, the Cubs lost three straight games, their longest of the year so far.

Since ending that streak, they are 13-4 and have won five straight series.

This is the last game the Cubs will play at Turner Field. They will not miss it: all-time, the Cubs (going into this game) are 29-43 at the Ted.

Here is today's #Cubs lineup in the series finale. 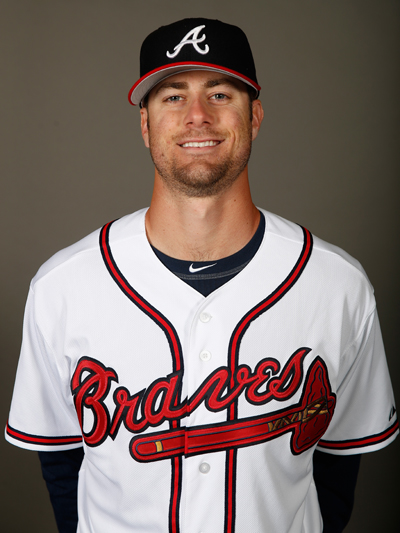 Jon Lester is having the best year of his career and since his disastrous outing in San Francisco has an 0.77 ERA and 0.686 WHIP with 26 strikeouts and two walks in 23⅓ innings. Last year, in his only start against the Braves, July 18 in Atlanta, Lester had a no-hitter going that neither he nor anyone else knew about until the seventh inning -- because of a scoring change on a first-inning hit by Nick Markakis, making it an error. Current members of the Braves are hitting. 227 (39-for-172) against Lester with one home run (Freddie Freeman) and 47 strikeouts.

John Gant is making his eighth major-league appearance today, but first start. He hasn't been very good in relief: 6.17 ERA, 1.714 WHIP in 11⅔ innings. He has obviously never faced the Cubs or anyone on the current roster. Fun fact 1: he was acquired by the Braves from the Mets for Kelly Johnson last July. Since then Johnson re-signed with the Braves in the offseason and was traded back to the Mets a second time. Fun fact 2: He is no relation to former Braves infielder/outfielder Ron Gant. Fun fact 3: Check out Gant's weird delivery:

Today's game is on WGN. Click here for a list of WGN's affiliates in the Cubs market territory.