The Cubs look to extend their winning streak to three.

The two hottest teams in the National League meet in this three-game series, which could be a preview of a postseason matchup.

The Nats have won 10 of their last 13. The Cubs have won 14 of their last 18. The Cubs hold the advantage so far this year, having swept a four-game set at Wrigley Field and driving Dusty Baker nuts by walking Bryce Harper 13 times in that series. If the situation calls for similar things in this series, have no doubt that Joe Maddon will do them again.

This one won't be easy, but as I noted in the series preview, I think the Cubs can win this set. Bring it on.

Here is tonight's #Cubs lineup for the opener in D.C. 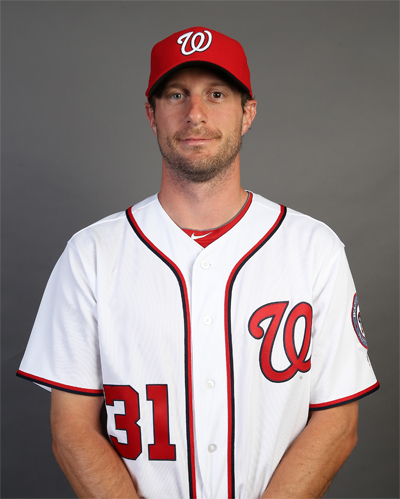 This might not be as much of a pitching mismatch as you'd think. On May 5 at Wrigley Field, Kyle Hendricks threw six shutout innings against the Nats, allowing just two hits and two walks. Hendricks also has a 1.98 ERA and 0.768 WHIP over his last four starts, covering 27⅓ innings.

Max Scherzer has had an up-and-down year. He's got a 20-strikeout game and is currently fourth in the major leagues in K's. On the other hand, the Cubs pounded him on May 6 at Wrigley, with seven hits, three walks and seven runs in five innings, including four home runs (Anthony Rizzo, Tommy La Stella and two by Ben Zobrist). On the other other hand, Scherzer has been very good since that Wrigley outing (six starts, 2.58 ERA, 0.838 WHIP in 45⅓ innings). On the other other other hand, he's given up seven homers in that six-start span and has allowed the second-most home runs (16) of any pitcher in the major leagues.

So I'd expect a low-scoring game tonight. Maybe.

Today's game is on CSN Chicago. Outside the Chicago and Washington markets this game will be available nationally on ESPN.