The Cubs wrap up their competition with the Nats for 2016... until, perhaps, October.

The Cubs are 9-4 against the Nats since the beginning of 2015 and have won the last two series played between the two clubs.

How about we make that "last three series" this afternoon?

And then maybe these two clubs will meet again in the postseason.

One more note: Cubs Hall of Famer Billy Williams turns 78 today. I think it would be a fine gift for the Cubs to win on his birthday -- especially because it's also the birthday of Nats manager Dusty Baker, who is 67 today. Here's the boxscore from the first game in which both Baker and Williams played, June 10, 1969, just a bit more than 47 years ago. The Cubs won that game 3-1. I'd take that today.

A day off for Dexter Fowler, and Albert Almora Jr. gets his first start in center field.

It's two hours to game time and the Nats have not yet posted a lineup. Maybe they're out celebrating Dusty's birthday or something. I'll post it in the comments (and on Twitter) when it's available. 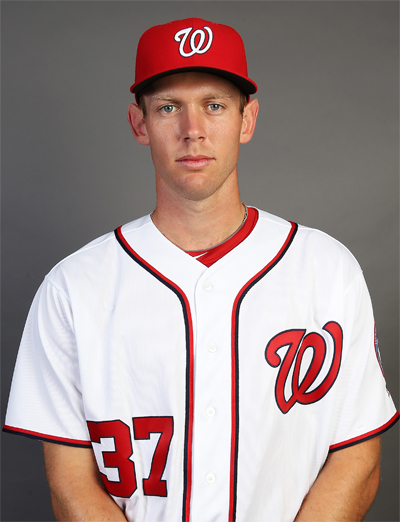 Jason Hammel had a not-so-great outing against the Nats May 7 at Wrigley Field, allowing four hits, four walks and three runs in five innings, throwing 97 pitches. He'll have to do better than that to win this one. And in the past, he's done well against the Nats. In three starts as a Cub before 2016 vs. Washington, Hammel threw 22⅓ innings and allowed 15 hits and six earned runs (2.42 ERA) with five walks and 20 strikeouts. He has a career 3.02 ERA in seven starts (47⅔ innings) at Nationals Park and has never lost there (6-0).

If you think it's been a long time since the Cubs have faced Stephen Strasburg, you're right. He was the only Nats starter the Cubs missed in the series at Wrigley earlier this year. They didn't face him last year, either, or in 2014... August 22, 2013 was the last time, and there are more ex-Cubs in the Nats lineup from that game (four), than there are current Cubs who played for the Cubs on that day (two: Anthony Rizzo and Pedro Strop).

Strasburg is 10-0. The Nats are 12-1 in games he's started. A lot of that is from run support, as he is second in the N.L. in run support per start at 6.8 (only Jake Arrieta has had more). Strasburg's numbers are good... but if you can hold the Nats down offensively, he can be defeated. Four of his wins are against really bad teams (Braves, Twins, Phillies). Current Cubs are hitting .273 (21-for-77) against Strasburg with one home run (Jason Heyward).

Today's game is on WGN. Click here for a list of WGN's affiliates in the Cubs market territory. Unless there's an agreement before game time, if you have Dish Network you will not be able to watch this game, as they are currently in a dispute with Tribune Media over carrying WGN and its other stations.