The Cubs go for two in a row over the Bucs.

The Pirates are in free-fall, having lost 15 of their last 19.

The Cubs seem to have the Pirates' number: six out of seven this year, five of the last seven in 2015 (including the wild-card game).

Keep up the good work, Cubs.

One more note: Wish a Happy Birthday to Chris Coghlan -- he's 31 today. (And no, I'm not quite sure what he's pointing at in the photo above.)

Here is tonight's #Cubs lineup against the #Pirates. 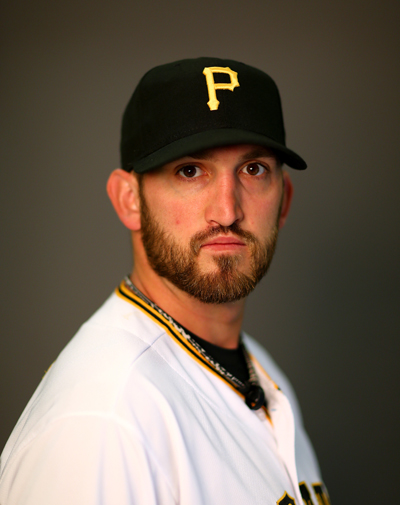 Jon Lester is having the best year of his career. In two starts against the Pirates this season he has allowed one run in 12⅓ innings with 14 strikeouts. Since his debacle in San Francisco last month, Lester has an 0.59 ERA in four starts (30⅓ innings) with just two walks. Keep up the great work!

Jonathon Niese has not been very good this year. He'll sprinkle a good start (just one run against his former team, the Mets, in seven innings June 7) in with a bad one (getting pounded by the Cardinals June 12). That's pretty much what he did against the Cubs while with the Mets last year -- mediocre start at Wrigley, a better one in New York.

Today's game is on Fox. Here's the coverage map -- this is Fox's primary game and will be seen in most of the USA except parts of the Midwest, South and East Coast. Announcers: Matt Vasgersian and John Smoltz. Reminder: if you are not in the coverage area, you can still watch this game if you subscribe to MLB.tv or Extra Innings.