The Cubs begin an 11-game road trip, all in the Eastern time zone.

The Cubs haven't seen the Marlins in almost a full calendar year, in case these guys seem real unfamiliar to you. The last time they played, the Cubs took two of three at Wrigley Field, July 3-5, 2015.

But the Marlins have also played well, in relative anonymity (they rank 26th in MLB average attendance at 20,379 per game). They're just half a game worse than the Cardinals at 38-34 and only one game out of the second wild-card spot (even though it's a bit early to look at standings like that).

Thus the Cubs should not take this series lightly, especially beginning this 11-game trip. 14 of the Cubs' next 18 games leading into the All-Star break will be away from Wrigley Field.

Well, that's not too much pressure, right, Willson Contreras? Playing his first MLB game at first base and batting cleanup. Anthony Rizzo left yesterday's game with a bit of back stiffness and Joe Maddon said he might rest him today. 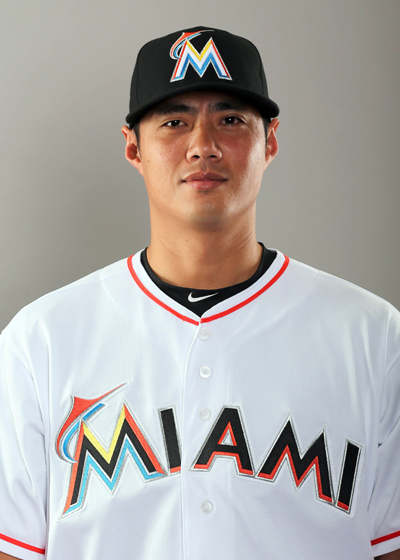 Jon Lester has a 1.24 ERA over his last five starts and is having an excellent season. He faced the Marlins once in 2015 and it did not go well: June 3 in Miami, he allowed nine hits and six runs in five innings, including a long home run by Giancarlo Stanton. Hoping for better results today.

Wei-Yin Chen is coming off two good years in Baltimore, but this year has been rough for him and his last three starts are particularly bad: 9.88 ERA in 13⅔ innings, including seven (!) home runs. He has never faced the Cubs, but has quite a bit of history with Ben Zobrist from their time in the A.L. East together. Zobrist is 15-for-40 (.375) lifetime vs. Chen with three doubles and three home runs.

Today's game is on CSN Chicago. It's also on MLB Network (outside the Chicago and Miami markets).