The Cubs hope for a series split, but have a tough mound opponent.

ICYMI late last night, the Cardinals lost again to the Mariners by one run, this time 5-4. So the Cubs maintained their 10-game lead in the N.L. Central. They also lead the Pirates (who won Saturday) by 13 games.

The Cubs still have the best record in baseball and have maintained at least a 10-game division lead for eight consecutive days.

Here is today's #Cubs lineup for the finale in Miami. 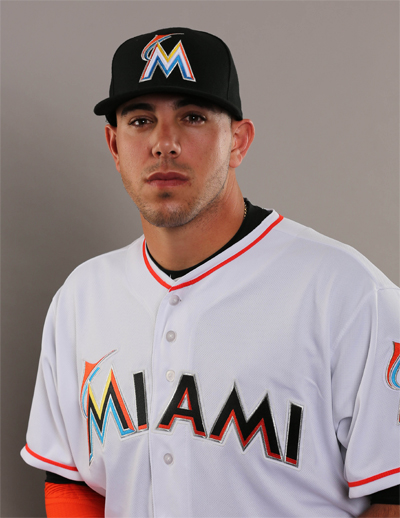 Jason Hammel's June (3.55 ERA) has not been as good as his prior months, though he's still exhibiting good control (three walks in 20 innings). He faced the Marlins twice last year with good results: three earned runs in 13⅔ innings with one walk and 16 strikeouts. Current Marlins are hitting .310 (35-for-113) against Hammel with four home runs.

Oddly enough, even though Jose Fernandez has been around for parts of the last four seasons, due to his missed time via various injuries, he has never faced the Cubs. Only three current Cubs have faced him: Jason Heyward, Miguel Montero and Ben Zobrist, and they are a combined 3-for-13 with one double, which tells us almost nothing. Fernandez is quietly having an excellent season and he has a 1.17 ERA over his last eight starts, with 78 strikeouts in 54 innings. Further, he is 23-1 lifetime with a 1.48 ERA in 34 career starts at Marlins Park.

Clearly, we are doomed. (Been a while since you've heard that, right?)

Today's game is on ABC7 Chicago. It's also on MLB Network (outside the Chicago and Miami markets). For affiliate information in the Illinois/Indiana/Iowa Cubs TV market click here.