The Cubs look to even up the series with the Mets.

Three months' worth of the 2016 season are in the books. Here are the Cubs' records by calendar month:

Well. Hm. Those are all winning records, but the trend line is in the wrong direction. Hopefully July (26 games scheduled) will turn that back around.

Oh, and guess what? There's a pretty good chance of storms in the New York area this evening, so be prepared for possible delays. Here's a NYC-area radar loop that should continue to update live (if it doesn't, just reload the page): 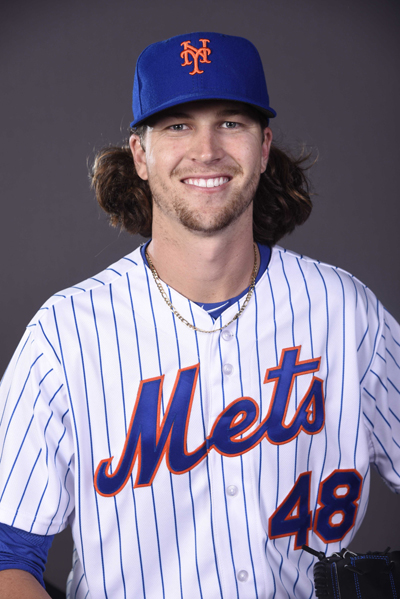 So let's not talk about Jason Hammel's poor outing against the Mets in the NLCS. (Look here, if you dare. Don't say I didn't warn you.)

Instead, check out his last regular-season start vs. the Mets, May 13, 2015 at Wrigley Field, an eight-inning, five-hit, one-run gem. Granted, those were the pre-Yoenis Cespedes Mets. Hammel had a decent June (3.45 ERA, 0.926 WHIP in five starts), though with five home runs allowed in 31⅓ innings. Current Mets are hitting .269 (35-for-130) against Hammel with eight home runs, three by James Loney.

Jacob deGrom has been one of the Mets' most consistent starters this year, though pitching with little run support (he ranks 130th of 136 qualified starters in run support per start), the Mets are just 6-7 in his 13 starts and haven't scored more than one run in any of his starts since May. They were outscored 15-3 in his five June starts and lost all five, despite deGrom posting a 2.45 ERA and 1.030 WHIP for the month. deGrom doesn't walk many (just 19 in 81 innings) so the Cubs will likely have to be more aggressive tonight.

deGrom lost twice to the Cubs during the 2015 regular season and allowed seven earned runs in 10⅓ innings, including home runs by Anthony Rizzo and Kris Bryant. More of that, please.

Today's game is on WGN. It's also on MLB Network outside the Chicago and New York markets. For affiliate information in the Illinois/Indiana/Iowa Cubs TV market click here.