One day, the Cubs will win a game against the Mets. Maybe today!

All right, Cubs. Enough of losing to the Mets.

Also, this is a national Fox broadcast between the Cubs and Mets. My over/under on the time of mention of 1969 or black cats: 6:30 p.m. CT. 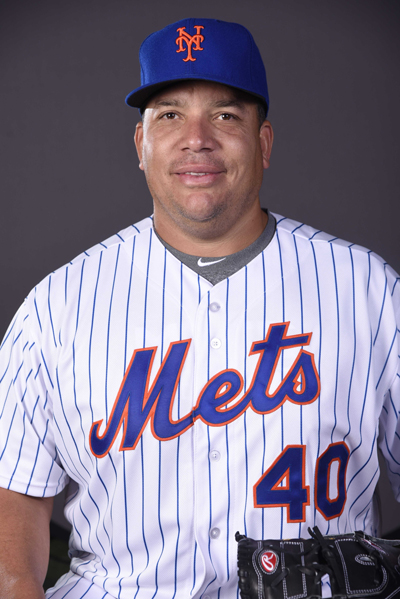 This is quite the pitching mismatch, in this sense: Jake Arrieta might be in the best physical shape of anyone in baseball. Bartolo Colon... isn't. Still, Colon has pitched well, so in that sense, this game won't be easy.

Jake had a 3.54 ERA and 1.357 WHIP in June. For most pitchers, that would be an acceptable month. By Jake's standards over the last year, that's pretty bad. Hopefully he gets his command back and starts dominating again. Jake faced the Mets twice in the regular season in 2015 and threw 16 innings, allowing eight hits, two walks and two runs, with 17 strikeouts. That's the kind of pitching we'd like to see tonight.

Bartolo Colon is pretty amazing. You wouldn't think a 43-year-old man with his physique (he's listed at 5-11, 285) could play a professional sport, but not only is he doing it, he's having a good year. He's been consistent all season, and has a 1.80 ERA and 1.075 WHIP over his last seven starts. Last year against the Cubs, July 1 at Citi Field, he threw seven shutout innings in a game the Cubs won in extras.

He even hit his first career home run this year, becoming the oldest player in major-league history to hit his first home run. (We could do without a repeat of that, thankyouverymuch.)

Today's game is on Fox. Here's the coverage map. This is Fox's primary game. Announcers: Joe Buck and John Smoltz. Reminder: if the game is not on in your market, you can still watch it if you subscribe to MLB.tv or MLB Extra Innings.