The Cubs go for their third straight series win.

No. 162: Anthony Rizzo doubles with two outs in the first for the Cubs.

The Baby Streak is one season old!

Saturday completed one full season's worth of games since the Cubs were no-hit by Cole Hamels last July 25.

In order to finish this season with that record, the Cubs would have to go 46-20 the rest of the way. They've already had a stretch of this year that good -- they were 47-20 before they went on a bit of a skid in mid-June.

Time to ramp things up again! 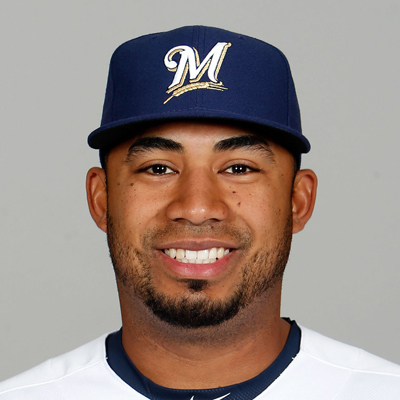 Jon Lester started the second half well with an excellent start against the Mets. He has not faced the Brewers this year. His last start against them was August 13, 2015 at Wrigley Field: six innings, two runs, 10 strikeouts. Today is Lester's first-ever start at Miller Park.

This one will not be easy. Junior Guerra has been very good for the Brewers this year, and his start against the Cubs May 19 at Miller Park was excellent: seven innings, three runs, 11 strikeouts. Dexter Fowler led off that game with a home run, but that was about the only highlight for the Cubs against Guerra.

Today's game is on ABC7 Chicago. For affiliate info in the Illinois/Iowa/Indiana blackout markets, click here.