Here we go on the annual North Side vs. South Side extravaganza.

In any other year, the Cubs vs. White Sox series would be a big deal in these pages.

There's a bit bigger thing that happened today. The Aroldis Chapman acquisition is the big story, but he won't be added to the roster until tomorrow.

And so, these games go on. The Cubs trail the all-time series 55-49, but the Cubs won three of the last four played between the two teams in 2015. Hopefully, that trend continues.

Here is tonight's #Cubs lineup for Game 1 of the #CrosstownCup.

Smart move, I think, to have Dexter Fowler DH. Keeps his bat in the lineup while not making him extend himself in CF. 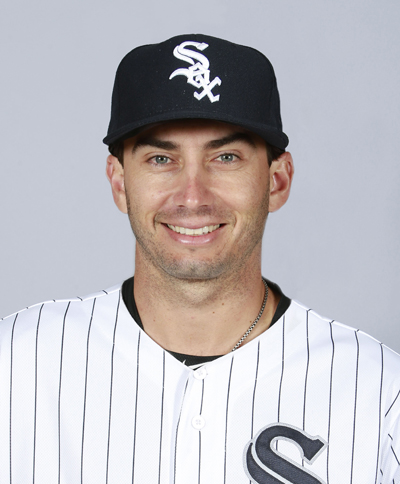 Jake Arrieta reversed his pre-All-Star skid with an excellent outing in his last start, against the Mets last Tuesday, even though the Cubs lost the game. Last year, Jake threw twice against the Sox, throwing a complete-game, 10-K victory at Wrigley, and allowing two runs in 6⅔ innings in a 6-3 Cubs win at the Cell. Current members of the Sox are hitting .222 (18-for-81) against Jake with one home run (Todd Frazier).

Miguel Gonzalez has one career start vs. the Cubs, August 24, 2014 at Wrigley, while he was a member of the Orioles. That one went pretty well for him -- 6⅔ innings, two runs. The Cubs won the game, and of course most of those guys aren't with the Cubs anymore. Gonzalez has been inconsistent this year, though he's been better in July (2.77 ERA, 0.885 WHIP) than before. Current Cubs are 10-for-50 (.200) against Gonzalez with two home runs (Ben Zobrist, David Ross).

Today's game is on ABC7 Chicago with Len & JD. For affiliate info in the Illinois/Iowa/Indiana blackout markets, click here. It's also on CSN Chicago with the White Sox announcers.