The Cubs look to even up their series against the White Sox.

Here's one final little peculiarity about the Aroldis Chapman deal.

Adam Warren, who came over from the Yankees in December for Starlin Castro, is now Castro's teammate.

Guys who are traded for each other do sometimes wind up as teammates later on. But within seven months? How often has that happened? Ever? Anyone remember anything like this happening before?

On to tonight's contest, where the Cubs need a win to even their series with the Sox. 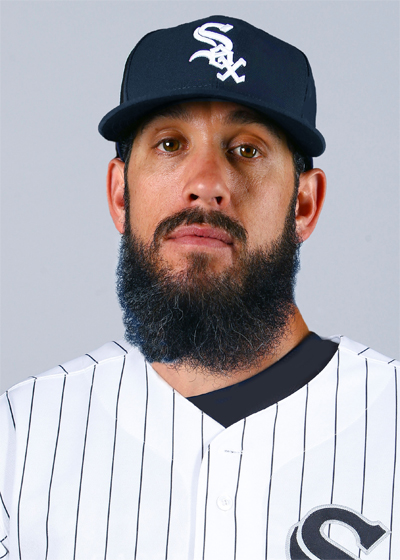 James Shields has had the weirdest season I think I've ever seen.

So he went from a pretty good starter, to the worst starter on the planet or maybe the galaxy, to an even better starter than he was at the start of the season.

I don't even... I mean, that's completely bizarre. Shields made two starts against the Cubs last year, April 17 at Wrigley Field and May 17 in San Diego, and was pretty good in both. The Cell is a much better hitters' park than Petco, and hopefully the Cubs, who are a small-sample-size 9-for-50 (.180) can hit him better in his new home park. Two current Cubs have homered off Shields: Jason Heyward and Dexter Fowler.

And for whatever it's worth, Shields pitched for Joe Maddon in Tampa for seven seasons, so he should not be unfamiliar to the Cubs coaching staff.

Today's game is on CSN Chicago with Len & JD. It's also on WGN with the White Sox announcers. And, there's a national broadcast on ESPN outside the Chicago market. ESPN announcers: Jon Sciambi, Rick Sutcliffe and Doug Glanville and reporter Keith Law.