Perhaps playing the Sox at Wrigley Field instead of the Cell will help.

At one time, the Cubs/White Sox all-time series was tied at 35 wins each.

I think it's time to start turning that around, beginning tonight. 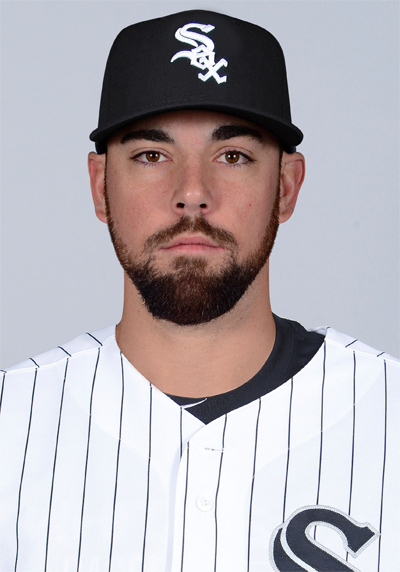 So far, Jason Hammel's second half can be described as "decent," and even that can be considered a success after his poor second halves in recent years. He's got a 2.45 ERA and 0.909 WHIP in two starts since the All-Star break, with 11 strikeouts in 11 innings. He has not faced the White Sox as a member of the Cubs, oddly enough. Current White Sox are hitting .302 (19-for-63) against him, with Melky Cabrera (5-for-16, two homers) and Justin Morneau (7-for-14, five doubles) having had particular success.

Originally, former Cub Jacob Turner was supposed to start this game for the Sox, but they instead are going with Anthony Ranaudo, who they acquired in May from the Rangers. He will be making his Sox debut. Ranaudo has made 13 career appearances (nine starts) in the big leagues for the Red Sox and Rangers, without much success (6.33 ERA, 1.560 WHIP, 13 home runs allowed in 58⅓ innings). He was drafted by Theo for the Red Sox as a first-round compensation pick (39th overall) in 2010, so the brass here should be familiar with him. He was traded to Texas after Theo left Boston. He has never faced the Cubs and the only Cub he has ever faced is Ben Zobrist (1-for-7).

Today's game is on WGN with Len & JD. For affiliate info in the Illinois/Iowa/Indiana blackout markets, click here. It's also on CSN Chicago with the White Sox announcers. And, there's a national broadcast on ESPN outside the Chicago market. ESPN announcers: Jon Sciambi, Rick Sutcliffe and Doug Glanville.