The Cubs go for their 11th consecutive victory Friday afternoon.

You will definitely need this weather radar GIF during today's game:

Here's hoping the Cubs and Cardinals get enough of a "window" to play this afternoon's game. 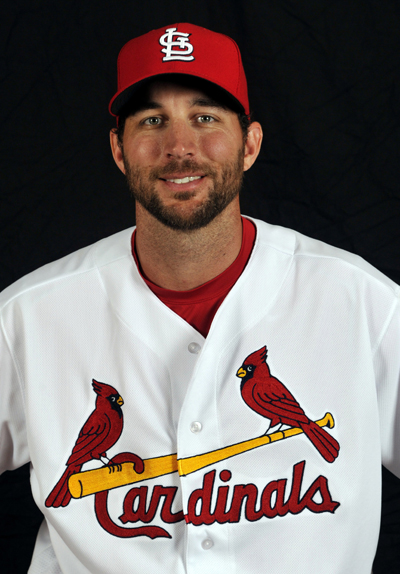 Jake Arrieta has made two starts against the Cardinals this year, and not gotten past the sixth inning in either of them. So instead of looking at those, let's focus on Jake's last two starts, in which he's begun to look like last year's Jake! -- 15 innings, five hits, two runs, 1.20 ERA, 0.600 WHIP, no home runs allowed. Hopefully, Jake, working on five days' rest, will keep that up.

The Cubs have 13 hits, six walks and six runs scored off Adam Wainwright this year in two starts covering 12.2 innings, though the Cardinals won both of the games. Wainwright threw a complete-game shutout against the Marlins in his first post-All-Star start, but since then has posted a 5.32 ERA in four starts, with 32 hits allowed and a 1.606 WHIP in 23.2 innings. That's the Wainwright we'd like to see this afternoon.

Today's game is on ABC7 Chicago. It's also being carried by MLB Network (outside the Chicago and St. Louis markets). For affiliate information in the Illinois/Indiana/Iowa Cubs TV market click here.