The Cubs go for their 12th consecutive win.

The Cubs' current 11-game winning streak is the longest by any National League team in 2016 (the Indians have the majors' longest at 14).

It's also the Cubs' longest winning streak since they won 12 straight in 2001. That streak was from May 19-June 2, 2001, and put that Cubs team in first place, where they stayed until August 17. That was a pretty good team, but they ran out of gas late in the season. Since 1913 (as far back as baseball-reference.com's database goes), the Cubs have had just six winning streaks of 12 games or more.

This team, pretty obviously, is better than the 2001 squad. With the Pirates' win over the Dodgers late Friday night, the Pirates are only half a game behind the Cardinals.

Wouldn't it be great to knock the Cardinals all the way into third place this weekend?

And, no rain is in the forecast; it should be cooler and less humid Saturday, with the wind blowing in from left field (northwest winds predicted). 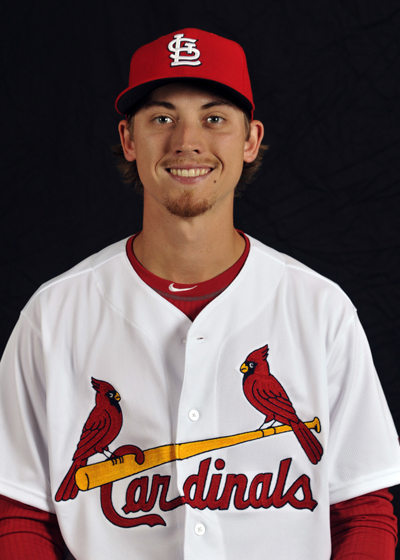 In Kyle Hendricks' previous start against the Cardinals this year, April 20 in St. Louis, he gave up a two-run homer to Matt Holliday.

Well. That won't be a problem in this game. Kyle has been awesome over his last 10 appearances (nine starts), posting a 1.06 ERA and 1.045 WHIP in 59.1 innings. He seems to have mastered the art of inducing weak contact and ground balls by mixing up his pitches and locating precisely.

Here's to more of that today.

Luke Weaver is making his major-league debut. He was the Cardinals' first-round pick in 2014 (27th overall). He has made only one start above Double-A, when he was promoted to Triple-A last week. He threw six shutout innings in his only Triple-A start after a very good year in Double-A (1.40 ERA, 0.948 WHIP in 12 starts covering 77 innings. He walked only 10 and struck out 88 in those 77 innings. But this is the big leagues. We'll see if his talent translates. No one on the current Cubs roster has ever faced him.