The Cubs have once again begun what we hope will be a long winning streak.

If you missed this earlier, Tommy La Stella will be returning to action tonight.He's heading to Double-A Tennessee and will be in their starting lineup at second base.

The Smokies are home from tonight through Sunday. Then he could head to Iowa, where the I-Cubs are home through the 28th. After that? Who knows? The Cubs could wait till September 1 to reactivate him, only a few days after that.

The Cubs could use his bench bat. Assuming he's still hitting the way he was before he was optioned, he's almost a lock for the postseason roster.

In the meantime, there are more games to be won. 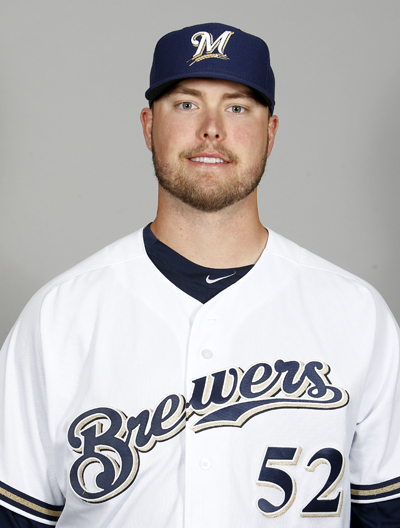 After a brief glitch with the rest of the team in late June and early July, Jon Lester has resumed being very, very good this year. Since the All-Star break: 2.64 ERA, 1.104 WHIP with 31 strikeouts in 30⅔ innings and five starts. The one bad start in that stretch was his only start vs. the Brewers this year, July 24 in Milwaukee. He had command issues (five walks in four innings) and threw 100 pitches to record 12 outs. Hopefully, better results tonight.

Jimmy Nelson has a 1.53 ERA and 1.245 WHIP in three starts against the Cubs this year, but has allowed more runs than that -- seven runs in all in 17⅓ innings. Four of the runs were unearned. In six starts since the All-Star break he has a 5.70 ERA and 1.867 WHIP, with five home runs allowed in 30 innings. Current Cubs have hit five homers against him in 136 at-bats: two by Dexter Fowler, one each by Anthony Rizzo, Chris Coghlan and Jorge Soler (6-for-17, three doubles).