The Cubs open a set against the new-look Padres.

I like Joe Maddon's attitude toward Sunday's loss in Colorado:

"I'm going to crack open a Miller Lite, I'm going to grab something to eat and look at Trip Advisor to find somewhere for us to eat tonight in San Diego," Maddon said.

"This is an anomaly game for me."

That's what it felt like, all right. New city, new series, new opponent. And hopefully, no more errors, or at least not as many as the Cubs committed on Sunday.

Here is tonight's #Cubs lineup for the opener in San Diego. 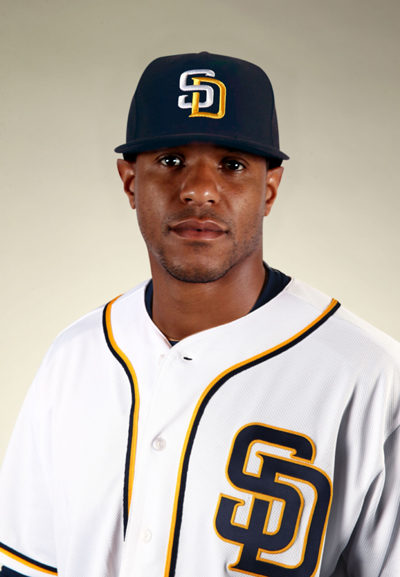 Jon Lester started the only game the Cubs won in the series against the Padres at Wrigley Field this year, May 10. He allowed three runs in six innings, a perfectly reasonable start. Melvin Upton Jr. homered off him, but Upton's not on the Padres anymore. Lester has a 2.41 ERA and 1.045 WHIP in six starts since the All-Star break.

Hello there, old buddy Edwin Jackson! How's it been going for you?

Well. Since E-Jax likely isn't going to answer that question here, I will. Jackson made eight relief appearances for the Marlins in April and May, and after two particularly bad ones they released him. He was signed by the Padres and has made six starts for them. Only one of the six can really be described as "good," even though he took a no-hitter into the seventh in another outing. He walked five in that game and the only hit he allowed was a three-run homer. He got pounded by a not-very-good Rays team in his last start, August 16 at Tampa Bay.

E-Jax is playing for his 11th major-league team, which is only two short of the record for such things, held by Octavio Dotel.