The Cubs go for the series win.

Blane Farrell, a BCB reader, sent me these interesting notes about Cubs with 80+ RBI seasons, since Addison Russell reached that mark in Monday's game. (NOTE: I am well aware that RBI is a stat that doesn't tell us the whole story of offensive contributions in modern baseball. Nevertheless, this is still a significant achievement, and worth noting.)

Since 1960, a total of 57 seasons, the Cubs have 18 seasons in which three or more players have driven in 80 runs. Addison Russell’s home run and 80th RBI last night guaranteed that 18th season.

This year's team, with 38 games remaining, could have Russell, Kris Bryant and Anthony Rizzo all over 100, plus Ben Zobrist, with 63, has a shot at 80 and perhaps 90. Good times. 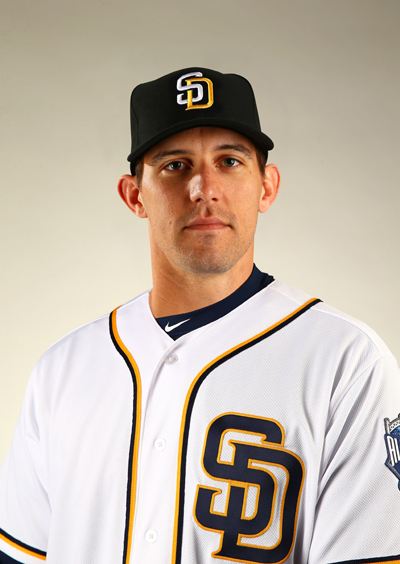 Oddly enough, Jake Arrieta hasn't faced the Padres this year -- and he didn't face them last year, either. The last time he did was May 22, 2014, and I include that boxscore only to note that there isn't a single player who played for the Padres that day who's still on the team. Not only that, Jake and Anthony Rizzo are the only Cubs who played in that game who are still on the team. The turnover is so complete that the only current Padre he's faced for more than a couple of at-bats is Alexei Ramirez (6-for-16), but Ramirez is having the worst year of his career.

Hopefully, Jake gets back to being Jake! tonight. He didn't complete six innings in either of his last two starts.

Chicago-area native Christian Friedrich (high school: Loyola Academy) has not faced the Cubs this year and has a 5.03 ERA and 1.353 WHIP in six starts since the All-Star break. He's also struck out only 15 in that span, meaning he's likely a pitch-to-contact guy. He made two relief appearances against the Cubs last year (while with the Rockies) and current Cubs are a very-small-sample-size 4-for-12 against him