The Cubs are seeking their fifth consecutive victory.

The Cubs are 19-4 in August, and you can make a reasonable argument that only one of those losses (the blowout in Colorado last Sunday) wasn't avoidable -- the other three all involved bullpen meltdowns, which hopefully will become a thing of the past when Hector Rondon and Pedro Strop return. Hector could be back soon; Pedro's probably about three weeks away from coming back.

Here is today's #Cubs lineup for the middle game in L.A. 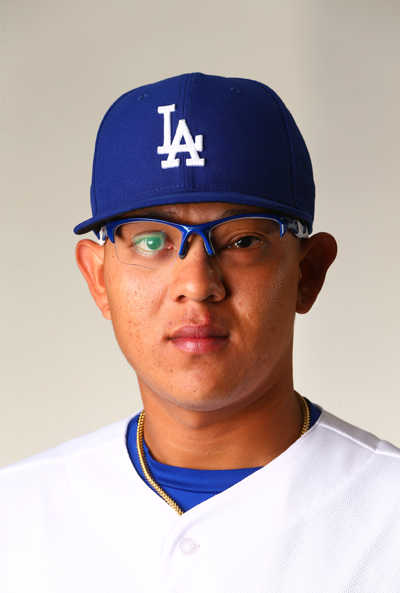 Jason Hammel's great second-half run came to an end Sunday in Denver, when he got roughed up by the Rockies. Not all of it was his fault, as four of the 10 runs off him were unearned. Even with that bad outing, he's still got a 2.18 ERA since the All-Star break. In his one start vs. the Dodgers this year, May 30 at Wrigley Field, he had to leave after two shutout innings due to cramping issues. Those, presumably, have been fixed by his new "potato chip prescription."

Julio Urias made his second big-league start against the Cubs, June 2 at Wrigley Field. They roughed him up for eight hits and six runs in five innings, including three home runs (Javier Baez, Kris Bryant and Jason Heyward). I'll take another one of those, please. Urias has been in and out of the rotation since the All-Star break, making two relief appearances and three starts, with mixed results. His last outing, August 21 in Cincinnati, was quite good: six shutout innings, six hits, no walks. But that's the Reds. This is the Cubs.

Today's game is on WGN. For affiliate information in the Illinois/Indiana/Iowa Cubs TV market click here. This game is also being carried nationally on FS1, and will be available in the Los Angeles market.