The divisional rivals meet in a series very important for the visitors.

A thought for you to peruse while we wait for tonight's game: Should the Cubs try a six-man rotation?

Manager Joe Maddon isn't opposed to employing a six-man rotation, a possibility the Cubs could employ with the return of John Lackey perhaps as soon as this weekend and the ongoing evaluation of left-hander Mike Montgomery.

"The biggest trick is to get the sixth guy you like when most teams are clamoring to get four and five," Maddon said Sunday. "So we got five we like now. We're working on six. Hopefully it works that way, and then you can do something like that."

It seems like a reasonable idea, for now, as long as Montgomery continues to be effective. This weekend, rosters expand, so the Cubs should also have Hector Rondon back and perhaps other bullpen reinforcements.

At the very least, it would help the starters who are going to be in the postseason get some rest before October.

A day off for Addison Russell.

Starting off a seven-game homestand with @JArrieta34. 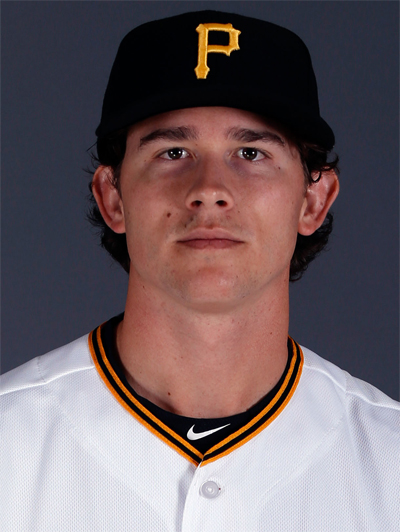 Jake Arrieta usually really, really likes pitching against the Pirates. He has a 2.67 ERA and 0.889 WHIP against them in four starts this year, with 33 strikeouts in 27 innings -- and the ERA is only that high because he allowed six runs in six innings the last time he faced them. Otherwise it's two earned runs in the other 21 innings against them this year. Perhaps more relevant is his career record against the Bucs at Wrigley: five starts, 34 innings, four earned runs (1.06 ERA), 15 hits and eight walks allowed (0.676 WHIP), 39 strikeouts.

Steven Brault, who came to the Pirates from the Orioles in the Travis Snider deal in February 2015, is making his third major-league start. The other two were decent, nothing outstanding, and he had a 4.42 ERA and 1.416 WHIP in 16 appearances (15 starts) at Triple-A Indianapolis. Walks appear to be his issue: 4.4 per nine innings in Triple-A, five in 10 innings so far in the major leagues.