The Cubs spend the weekend in northern California.

The Cubs just had a homestand in which they went 7-1 and did quite a number of fascinating things. Doug Kern of ESPN.com runs down all the cool facts. Here, perhaps, is the most interesting:

This week's series sweep of the Miami Marlins was the Cubs' first at Wrigley Field since July 2002, and the Cubs' all-time record against the Marlins now stands at 93-92. Of all the possible National League matchups, only one other has been played more than 100 times to within a one-game margin: The Milwaukee Brewers lead their all-time series with the Arizona Diamondbacks 65-64.

And now, they'll be playing a team this weekend who they've faced less than any other MLB club (nine games, same as the Orioles and Rays). Just the way the schedule falls. 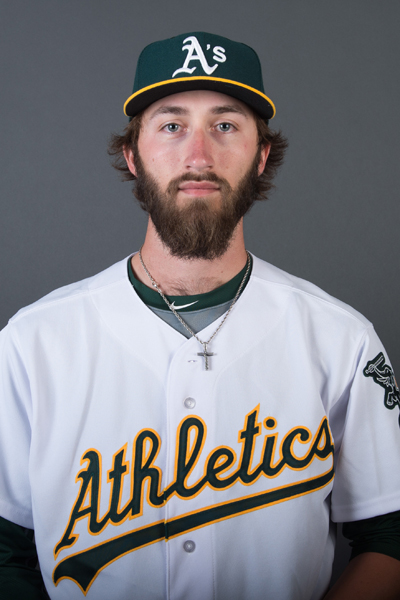 Let's just say Jon Lester isn't the most popular player in Oakland, due to his meltdown in the 2014 wild-card game, his last game played for the A's. The last time he pitched against the A's was June 22, 2014, and most of those players aren't on the A's anymore. Current members of the A's are 19-for-98 (.194) against Lester with two HR and 27 strikeouts.

Dillon Overton was the A's second-round pick in 2013. He's got decent minor-league numbers, but has been pretty awful since his callup. Just one of his four starts (July 19 vs. the Astros) could be described as "decent" (6⅓ innings, three earned runs) and the others were horrific. He's allowed nine home runs in 18⅓ big-league innings. Obviously none of the current Cubs have ever faced him -- not in the majors, anyway, but both Willson Contreras and Miguel Montero (on rehab assignment) faced him in the minors, May 11, when Iowa played Nashville. Contreras doubled; Montero had two singles. Extremely small sample size, but maybe it'll help.