The Cubs are going for their seventh consecutive win this afternoon.

The Cubs have had one winning streak this year longer than the current six-game run.

That was from May 2-10, an eight-game winning streak that was part of a 16-3 run. It ended with a loss to the Padres, which also ended their 25-6 season-opening run.

The Cubs enter Sunday's action 27 games over .500, matching their season high set June 19. At that time they were 47-20 and 12½ games in first place, so in going 21-21 since then they have lost just two games off their division lead.

The high-water mark last year was 32 games over .500. They ended 2015 there, with an eight-game season-concluding winning streak.

You know, just in case you might need to know those facts over the next few weeks. 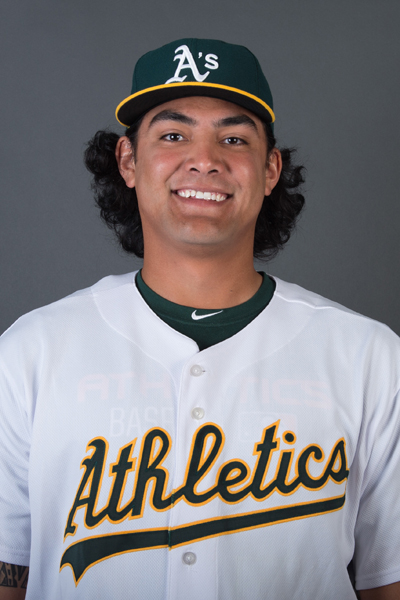 Over his last nine appearances (eight starts), Kyle Hendricks has been nearly as good as 2015-vintage Jake Arrieta.

OK, remember I said "nearly." No one has been as good as 2015-vintage Jake, but Kyle has been excellent for nearly two months. He has never faced the A's and the only member of their active roster who has more than three career AB against him is former Brewer Khris Davis (5-for-14).

Kyle's numbers are marginally better in day games, too, so there's that.

Sean Manaea, a Chicago-area native (went to high school in Merrillville, Indiana), came to the A's from the Royals in the Ben Zobrist deal last year. His overall numbers aren't good, though he has been better since June 1, and has sprinkled in a couple of scoreless starts (vs. the Astros and Rays) with some bad ones (vs. the Twins and Angels) since the beginning of July.

He has never faced the Cubs or anyone on the current Cubs roster. His name, incidentally, is pronounced "muh-NYE-uh."