The Cubs go for their second win in a row over the Astros.

A few notes on the Cubs/Astros rivalry, which (assuming the current scheduling scheme sticks around) will now happen only once every three years.

The Astrodome was a house of pain for the Cubs for pretty much its entire existence. Leo Durocher hated it, hated the electronic scoreboard, hated the Astroturf, at one time ripped a phone off the dugout wall. The irony, of course, is that Leo wound up managing the Astros for a bit more than a full season at the end of his career.

Obviously, things have been better for the Cubs in Houston since the current park opened in 2000. Here's to two more wins this weekend in the home of the Astros.

Days off for Ben Zobrist and Addison Russell. And before you criticize the selection of Miguel Montero for DH today, please note that he's been a hot hitter lately: .450/.522/.700 (9-for-20) over his last nine games with two doubles and a home run. 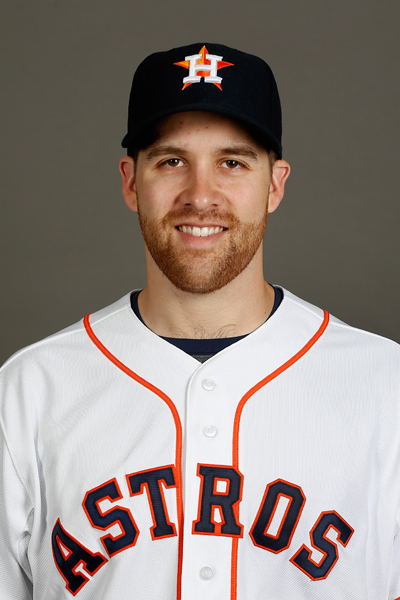 John Lackey threw pretty well in his last outing, his first start since coming off the DL, allowing just one hit in five innings to the Giants. He was limited to 76 pitches and I'm guessing Joe Maddon will keep him on a pitch count today, perhaps 90 or so. He last faced the Astros two years ago; many of those players are gone. Current Astros are a small-sample-size 6-for-31 (.194) against him with no home runs.

Collin McHugh has one career relief appearance against the Cubs, back in 2013 when he was with the Mets. Current Cubs are 5-for-16 against him, an even smaller sample size. Instead, let's look at his entire season, which has been remarkably... consistent. His ERA hasn't been below 4.18 all year, and since the All-Star break he's at 5.90 in 10 starts, with a 1.609 WHIP and 11 home runs allowed in 50⅓ innings. One thing he does do reasonably well is keep walks down (2.4 per nine innings). So the Cubs should be looking for pitches in the zone that they can drive.

Today's game is on Fox. Here's the coverage map. The game is Fox's primary game and will be seen in most of the country; their other game is Red Sox/Blue Jays, which will be seen in the Northeast, Northwest, parts of Florida and a handful of other A.L. markets (Kansas City, Detroit and Cleveland). A reminder that if you have MLB Extra Innings or MLB.tv, you can watch this game via those services if it's not being carried by the Fox station in your market. Announcers for the Cubs game: Matt Vasgersian and John Smoltz.