The Cubs look to reduce their magic number to one.

The fun fact for today is the most fun fact in 109 years. The Cubs currently lead the National League Central by 17 games. That's the team's largest lead in any league or division at any time since they finished the 1907 season 17 games ahead of the Pirates.

Of course, that team won the World Series after going 107-45 during the regular season. They briefly led earlier that season, at the end of August, by 18½ games.

Here is tonight's #Cubs lineup for the middle game in St. Louis. 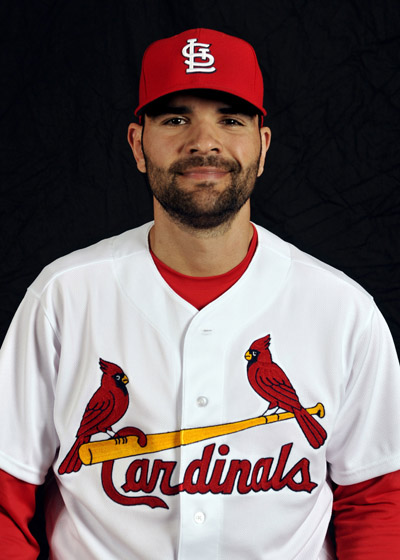 I won't say this start is "key" for Jason Hammel to be on the postseason roster because it seems likely he might get left off no matter how well he does the rest of the year. However, it would be nice if he could do better than his last four starts, which have been awful (9.35 ERA, 2.192 WHIP, five home runs in 17⅓ innings).

He has made two good starts against the Cardinals this year, allowing just two runs in 13⅓ innings, no homers allowed. Those were in April and May. It would obviously be good for Hammel if he could recapture what he was doing back then.

Like Hammel, Jaime Garcia has had rough times recently (8.06 ERA, 1.753 WHIP, nine home runs in 25⅔ innings over his last five starts). Against the Cubs this year he has made two starts, allowing four runs in 11⅓ innings, which is just about where his season averages stand. No Cubs hitter has homered off him in 2016.