The Cubs have not lost a series to the Brewers at Wrigley since May 2015. Let's keep that mark intact, shall we?

Since defeating the Brewers on Labor Day in Milwaukee, the Cubs are just 5-6, though they have been outscored by only two runs in that span, 46-44.

They enter this game 11-7 against the Brewers this year and overall are 41-21 against their four N.L. Central rivals with 14 games remaining, all against those teams.

The magic number to clinch the best record in the league remains at eight over the Nationals. Hopefully, it gets reduced at least to seven after this afternoon's contests. 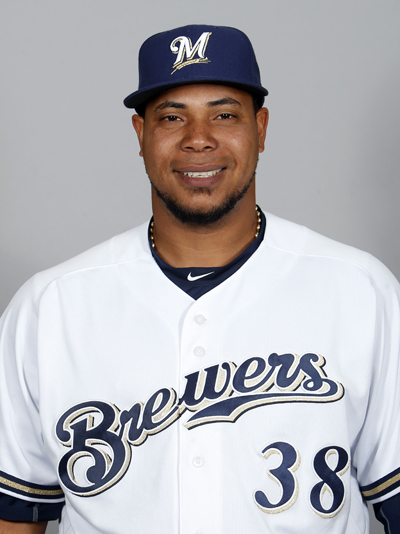 All Kyle Hendricks did in his last start was nearly throw a no-hitter against the Cardinals. Before that he threw six strong innings against the Brewers in Milwaukee, and this year at Wrigley Field he has a 1.21 ERA and 0.851 WHIP in 14 appearances (13 starts) covering 89⅓ innings. Brewers hitters are hitting .211 (12-for-57) against him this year.

This is all to say that I think Kyle gives the Cubs an excellent chance to win this one.

Wily Peralta threw pretty well against the Cubs September 6 in Milwaukee, a game made easier for him by lots of Brewers runs. He did allow homers to Anthony Rizzo and Miguel Montero that evening. Peralta's first half was so bad that he was demoted to Triple-A for a time. He's been somewhat better since his return (3.50 ERA, 1.099 WHIP in seven starts).