The Cubs have dominated the Reds this year. Here's hoping that continues this week.

On July 1, their halfway point in the 2016 season, the Reds were 29-52, on pace to lose 104 games. They had allowed 482 runs, a pace for 964 for the season, and if you don't think that's a lot of runs, no National League team except the Rockies has ever given up that many runs in a season.

The Reds have played somewhat better since then: .500 ball (34-34), outscoring their opponents 316-307, and that's after trading Jay Bruce, who was leading the club in home runs. (Bruce, who hit 25 homers as a Red, will still probably finish third on the team in HR, behind Adam Duvall and Joey Votto).

So don't underestimate the visitors in this series. Sure, the Cubs have dominated them (10-3) and of those 10 wins, six are by blowout (five runs or more). Hopefully, the Cubs take care of business starting tonight. (Remember, they play these guys three more times, the last three games of the regular season in Cincinnati.)

One last note: The Cubs are trying to avoid their first three-game losing streak since before the All-Star break. 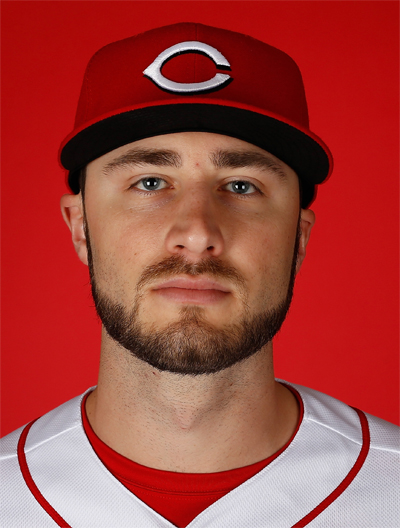 Jason Hammel is most likely not going to be on the Cubs' postseason roster, at least not in the division series round. So this game is important for him only to show whether they might include him later, and to start pitching the way he did earlier in the season. He has made two starts against the Reds this year without allowing a run in 12 innings (10 strikeouts). That's good! Hopefully he continues his dominance of the Reds.

Tim Adleman is... well, just a guy. Someone you'll forget about probably as soon as this game is over. He was drafted in the 24th round by the Orioles in 2010 and released by them two years later, after which he spent two seasons in indy ball before the Reds signed him. He pitched reasonably well in Triple-A this year (2.38 ERA, 1.094 WHIP in 10 starts). He's made 10 starts for the Reds and thrown six innings or more in three of them. He's given up a lot of home runs (11 in 51⅓ innings). He's never faced the Cubs or anyone on their roster, but he should be the kind of guy Cubs hitters can hit, and hit hard. Fun fact: he's the first MLB pitcher who played college ball at Georgetown since Sean Maloney, who pitched in 14 games for the Brewers and Dodgers in 1997 and 1998. Before that you have to go back to 1937 for any MLB pitcher who went to Georgetown.