The Cubs go for their third sweep of the Reds this year.

The Cubs swept the Reds in April at Wrigley Field and in June in Cincinnati, and overall are 12-3 against the N.L. Central's cellar-dwellers. They have outscored them 116-53 (that becomes 111-40 without the Reds' one blowout win in Cincinnati in April).

They did have one streak broken Tuesday -- the Cubs had homered in 16 consecutive games against the Reds, but their 6-1 win Tuesday night did not include a long ball. So they can start another streak tonight. They've outscored the Reds 11-3 in the two games so far.

And they have another three-game set against the Reds to complete the regular season next week in Cincinnati. The Cubs are 28-9 against the Reds since September 15, 2014 and have swept them four times in that span.

The Cubs are near a specific team home-run record:

#Cubs record for HRs in a season against any opponent is 37, set vs 1955 Cardinals, according to @MLBNetwork research

The Cubs have hit 35 homers against the Reds this year in 15 games. Those 37 homers vs. the Cardinals were hit in 22 games. This year's more impressive in every way. 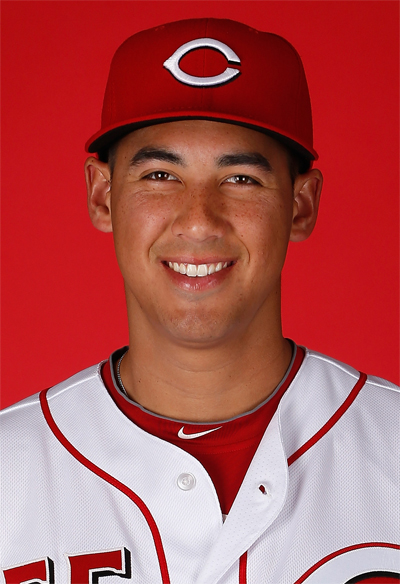 John Lackey has a distinction he'd probably rather not: He's the only Cubs pitcher to lose twice to the Reds this year, and he allowed six runs to them both times. (I'll spare you the boxscore links.) So what have you done for us lately, John? In nine starts since the All-Star break, Lackey has a 2.87 ERA and 0.939 WHIP in 59&frac23; innings. He has allowed nine homers in that span, so keeping the ball in the ballpark would be helpful tonight.

Robert Stephenson, the Reds' No. 1 pick in the 2011 draft, is making his sixth major-league start tonight. He has been a top-40 prospect in all the prospect rankings in each of the last three years, and got a callup after mediocre Triple-A results (4.41 ERA, 1.361 WHIP) in 24 starts. He's had one good start out of his previous five big-league outings, and like a lot of other Reds pitchers, he's given up a lot of home runs (six in 25⅓ innings), and he did that in the minors, too (17 homers in 136⅔ innings). Could be good pickings for Cubs hitters.