The Cubs go for two in a row over their arch-rivals.

ICYMI late Friday evening, the Nationals lost to the Pirates in 11 innings. That loss clinched home field throughout the National League playoffs for the Cubs.

Here's another fun number the Cubs can pile up this year. Their all-time best run differential is +323, set in 1906. They won't get there, but could get to the second-best all-time.

Currently the Cubs are at +244, and here are the top run differentials in team history (besides 1906):

Had several better in 19th cen. 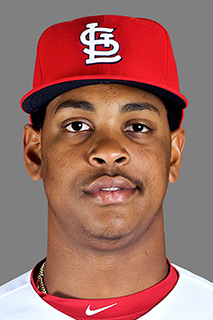 Jason Hammel's last start, against the Reds, was quite good. He had a decent outing September 13 against the Cardinals, throwing 5⅔ innings, allowing six hits and two walks and striking out nine. Hammel's home/road splits are pretty extreme: 1.84 ERA, 0.972 WHIP at Wrigley, 5.33 ERA, 1.395 WHIP in away games. This being a home start -- Hammel has a good chance of success.

The Cardinals recently put Alex Reyes in their rotation and he was really good -- seven shutout innings against the Giants. Before that he entered that September 13 game against the Cubs in St. Louis in relief of Jaime Garcia in the second inning and the Cubs couldn't do anything with him -- 4⅓ innings, one hit, four strikeouts. The key, though, is the six walks the Cubs drew against him. If they can do that today, perhaps some runs will result.

Today's game is on Fox-TV. Here's the coverage map. The Cubs/Cardinals game is Fox's main game and will be seen pretty much everywhere, except in the A.L. markets surrounding Seattle, Houston, Kansas City, Detroit, Baltimore and Boston. Announcers: Matt Vasgersian and John Smoltz. A reminder that if this game is not being carried in your market and you have MLB.tv or Extra Innings, you can watch on those services.