The Cubs go on the road this week to complete the 2016 regular season.

Though these games don't mean anything to the Cubs' postseason chances or schedule, as those are both nailed down, they also have to keep their edge, not wanting to let up lest they enter the playoffs unprepared.

So Joe Maddon will have to balance resting some regulars with getting them enough work to stay sharp, especially since they'll all have four days off after the season ends Sunday before the first postseason game at Wrigley Field next Friday.

The rain that missed Chicago Sunday night might hit Pittsburgh later today. Here's a handy radar image to keep track (should auto-update, if it doesn't, just reload the page):

Fun fact of the day:

Here is tonight's #Cubs lineup for the opener in Pittsburgh.

These are the sorts of lineups I think we'll see this week -- half the regulars getting the day off each day, so the bench players can get some playing time. Sort of like a spring training split-squad lineup. 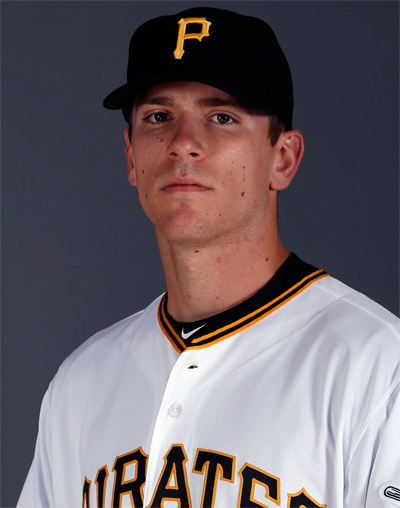 In the last start Kyle Hendricks made against the Pirates, August 30 at Wrigley Field, he threw seven shutout innings and allowed three hits. Though Hendricks hasn't (overall) been as good on the road as at home, in his last five road starts he's thrown 33⅓ innings and allowed 19 hits and seven walks (0.780 WHIP) and six earned runs (1.62 ERA). That's pretty good, I'd say.

If Kyle throws six shutout innings tonight, his ERA will stand at 1.99 for the season.

Chad Kuhl was Hendricks' opponent August 30. The Cubs scored three runs in five innings off him, including a home run by Anthony Rizzo. Kuhl's been pretty good overall this year, but the Cubs have a total of 11 hits, three walks and seven runs off him in 7⅓ innings (8.59 ERA, 1.909 WHIP). Keep that going, Cubs.