The Cubs go for their third win in a row.

I'm old enough to remember how the Pirates used to beat up on the Cubs that way. The Cubs were 66-111 against the Pirates from 1970-79, an era when Pittsburgh ruled the N.L. East, winning six division titles and two World Series. That's by far the Cubs' worst record (.373) against any team in that time span. (Next worst: Dodgers, .433.)

So you'll forgive me if I enjoy this. A lot. Don't get me wrong: the current Pirates are generally a likeable bunch and Andrew McCutchen is always fun to watch. But I'd like to see the Cubs have a decade of dominance over the Pirates like they did to us in the '70s. (And dominate everyone else while they're at it.) 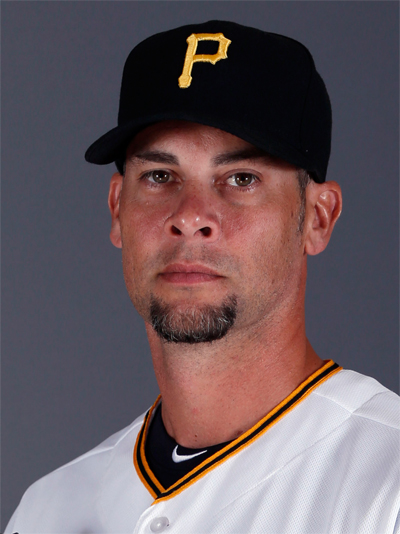 John Lackey has one start against the Pirates this year, July 10 in Pittsburgh, and it was not a good one, even though the Cubs won the game. He allowed five runs in six innings and two home runs (Sean Rodriguez, Andrew McCutchen). Lackey has had a decent September (3.24 ERA, 1.040 WHIP, .213 opponents BA), so hopefully this final start before the postseason will be a good one.

Ryan Vogelsong started against the Cubs August 31 at Wrigley Field and allowed six hits, three walks and five runs in five innings, including a home run to Kris Bryant. He has not completed five innings in any of his four September starts, posting a 9.18 ERA and 2.100 (!) WHIP. Vogelsong turned 39 in July and might be reaching the end of the line. Let's send him off with a bang.