The Cubs' magic number to clinch the N.L. Central was reduced to 13 Friday night when the Reds beat the Cardinals in Cincinnati. That result alone was a bit of an upset, as the Cardinals went into that series with MLB's best road record. The Reds have played the Cardinals tough this year -- they're 6-7 against them -- so thank you, Reds.

Here's an interesting article by Jesse Rogers that argues that Jon Lester should start Game 1 of the playoffs:

Forgetting individual accomplishments, there are strategic reasons for starting Lester in the playoff opener. The St. Louis Cardinals, Los Angeles Dodgers and these Giants are all in the bottom half of the league against left-handed pitching. Even the Washington Nationals rank just seventh against lefties. Starting Lester in up to two games in a best-of-five scenario makes all the sense in the world considering not much separates him and the righty starters on the team anyway. Cubs manager Joe Maddon was asked if he saw the strength in Lester facing their potential playoff opponents.

"Against those teams, absolutely," he said. "He's been really solid pretty much all season."

Rogers goes on to note that Lester has started Game 1's before -- in fact, he did so in the division series last year against the Cardinals. I think I'd do it this way: Lester in Game 1, then Kyle Hendricks, who's been so good at Wrigley, in Game 2, then Jake Arrieta in the first road game.

Let's get there first, though. 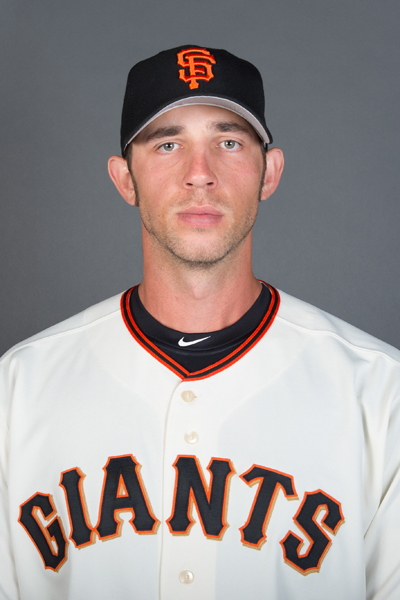 Jake Arrieta since the All-Star break: 3.19 ERA, 0.95 WHIP in 53 innings. He's still walking too many guys (22 walks in those 53 innings), but makes up for it by not allowing many hits (29). He threw seven innings of four-hit, one-run ball against the Giants May 20 in San Francisco, and current Giants are hitting .208 (20-for-96) against him. Only one of those hits is for extra bases (a double by Denard Span).

Madison Bumgarner threw 7⅔ shutout innings against the Cubs May 22 in San Francisco. Since the All-Star break, though, he's been just good, not great: 3.72 ERA, 1.224 WHIP in nine starts, with nine home runs allowed in 58 innings. He just finished a mediocre August: 4.14 ERA, 1.297 WHIP, six home runs allowed in 37 innings. Current Cubs are hitting .218 against him (32-for-147) with two home runs (Jason Heyward, David Ross). Bottom line: you can beat Bumgarner, but you have to be really, really good.

Looking forward to a good, low-scoring matchup on another gloriously sunny day.