The Cubs, as you know, were N.L. Central rivals of the Astros for 19 seasons (1994-2012). It still seems odd to think of the Astros as an A.L. team, but here we are. Since this series is in an A.L. park, the Cubs will get three more games using the DH. That will allow Joe Maddon to get some rest for some of his regulars in the field while still getting their bats in the lineup.

The Cubs are 13-4 against the American League so far this year, which is the best winning percentage of any team in interleague play. If the Cubs win two of three this weekend they'll have the most interleague wins of any team this year (currently the Red Sox, who have completed their interleague schedule, are 14-6).

One more note as the Cubs take their third shot at their 90th win of the year: when they get it, it will mark the first time the Cubs franchise has had back-to-back 90-win seasons since 1929-30. 1930 was the last of three consecutive 90-win seasons. Hopefully, 2015 and 2016 are the beginning of many such years.

Here is tonight's #Cubs lineup for the opener in Houston. 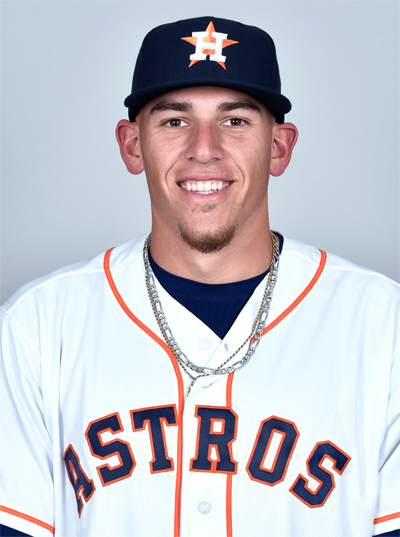 Jon Lester's career path has had him avoid pitching against the Astros since 2008, even though he was in the A.L. West with them for two months in 2014. Thus only one current Astros batter has more than three at-bats against him: Colby Rasmus (3-for-15). What hopefully tells us more about tonight's game is Lester's performance since the All-Star break: 1.85 ERA, 0.96 WHIP in nine starts. He's quietly having perhaps the best year of his career. The Astros are slightly worse vs. LH starters (23-22) than RH starters (51-44), if that means anything.

Joe Musgrove, who was the No. 83 overall prospect (per Baseball America) prior to this year, came to the Astros in the J.A. Happ deal four years ago, after being a first-round pick of the Blue Jays in 2011 (46th overall). He had very good numbers in Double-A this year before being promoted to Triple-A, where he did all right, but nothing special. He is making his seventh major-league start tonight. In six previous starts he's got three good ones and three bad ones. He's allowed seven home runs in 37⅓ innings; hopefully, Cubs power will turn on tonight against him. He's obviously never faced the Cubs or anyone on the current roster.