An update on the work, and a few notes about the new patios and seating.

It’s been pretty gray and dreary around the ballpark for most of the week, but that hasn’t put a damper on the work the crews are doing in the off-season. There are three main areas of activity as of the first week in December.

The busiest corner of the ballpark is still the right field corner near Sheffield and Addison. There are a lot of crews and truck activity in this area. The scaffolding continues to move down the side of the park.

There is also a lot of activity in the left field corner near the ticket booths that went up last offseason. Crews can be seen both working on the ground between the wall and the ticket booth and in the upper deck corner of the 500 level.

Crews continue to work on the new club space on the deck above the marquee. While that area isn’t quite as busy as either outfield corner, there is progress and activity there. It will be interesting to see that space come together as the offseason continues.

A few of you have mentioned that you think there might be hundreds of seats added where they are building decks adjacent to the right-field and left-field corners of Wrigley Field. I have been told by Cubs management that this is not the case, and also, a recent email to season-ticket holders contained this information:

Seating and Budweiser Bleacher Deck: Seat replacement will continue in the Lower Level of Wrigley Field. Accessible seating will be added throughout the ballpark as well. New decks with seating and portable concessions will be added to the Terrace Level in the left and right field corners. As a continuation of the existing deck, the foul territory of the left field Budweiser Bleachers will be extended with new portables concessions and a view of the field.

The “seating” they are referring to in the corners is minimal, if that. Recently, the Cubs posted on cubs.com seating diagrams of the old and new seat numbering systems; the team is changing from an aisle system to a section system. Below is a “slider” that matches up (as best we could, and thanks to Mike Bojanowski for matching these for me) of the old (left) and new (right) seat-numbering charts: 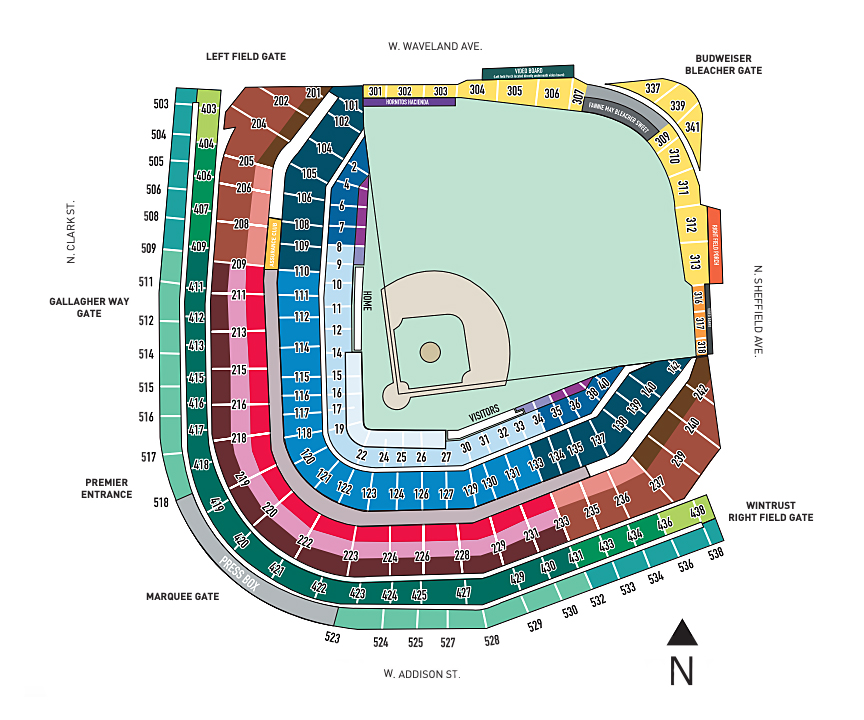 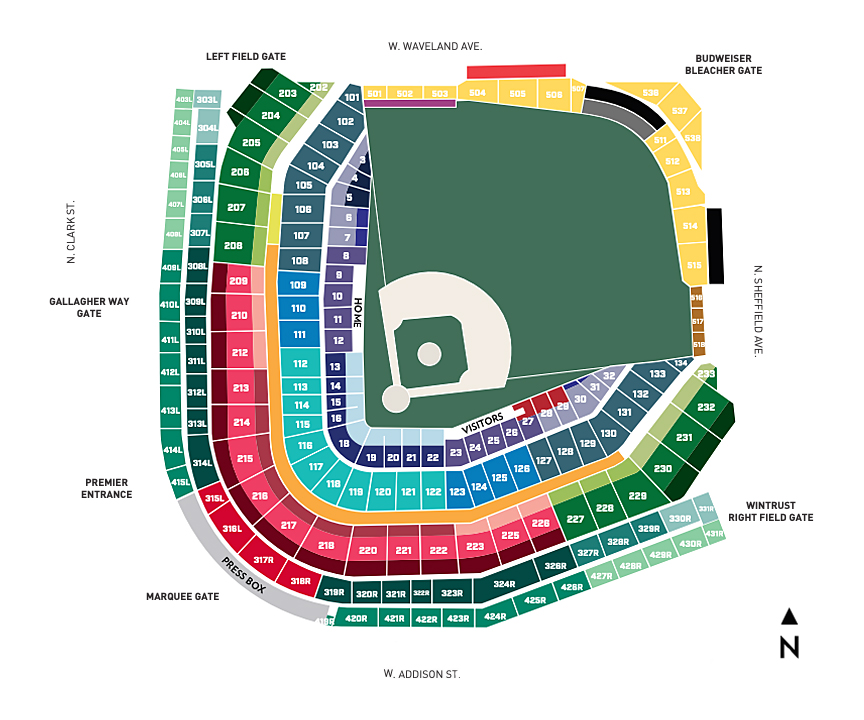 It would appear to me that what might seem to be new seating is actually simply having old seat areas changed into different pricing tiers. If anything is being added, it’s a very small number of seats — I’d say no more than 100 — in the corners. Remember that quite a bit of upper-deck seating is being eliminated for the new Catalina Club underneath the press box.

Anyway, if nothing else the slider will give you an idea of exactly how the aisles are being renumbered into sections.

We’ll have more photos either over the weekend or early next week.