It’s subtle, but here you can see just how far the dugouts have moved.

Share All sharing options for: Here’s how the new Wrigley Field dugouts compare to the old ones

Last year, when the Cubs moved the bullpens from the field to underneath the bleachers, I wrote this article with an image slider showing the difference in the ballpark, especially the smaller amount of foul territory. 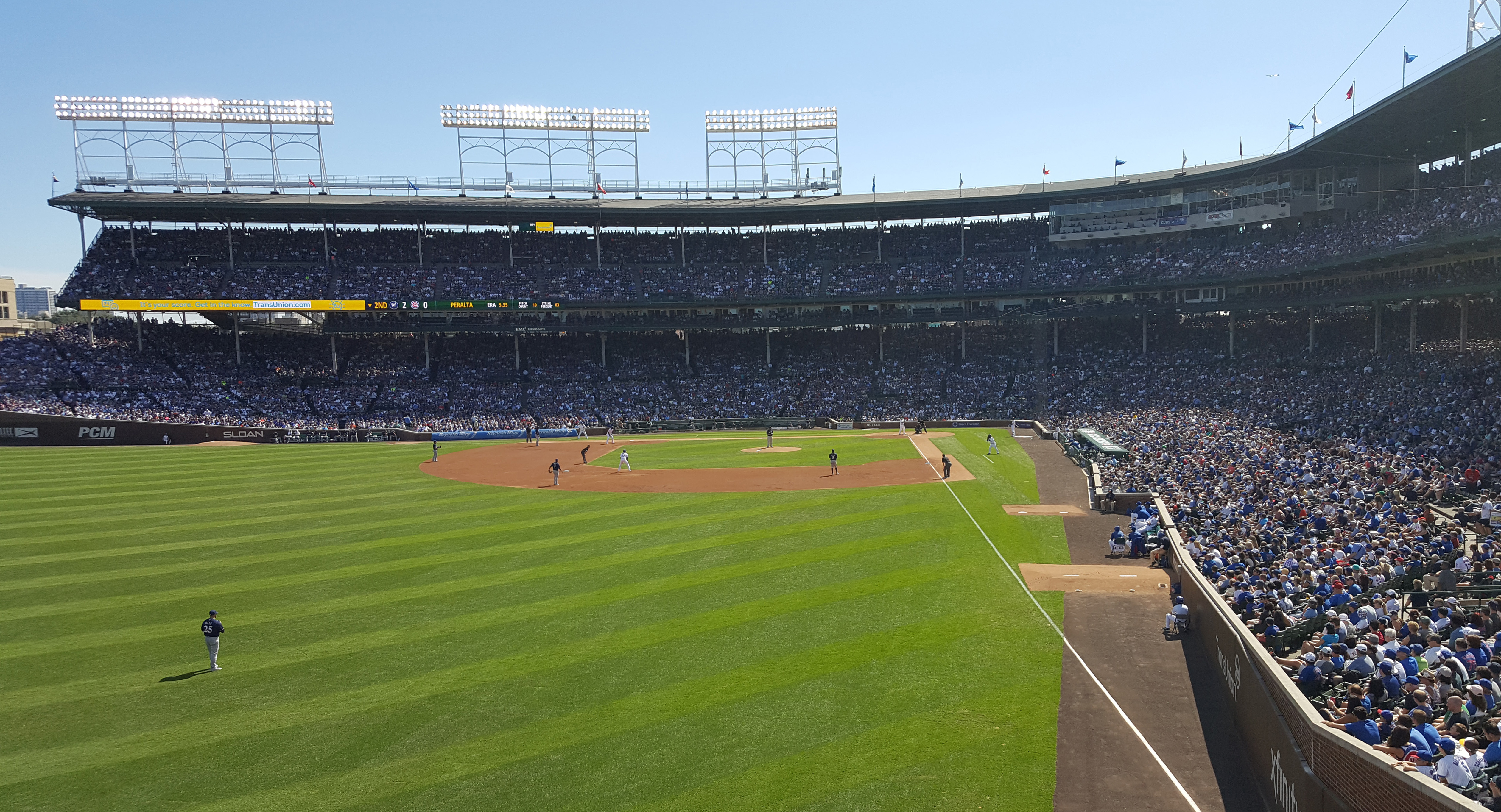 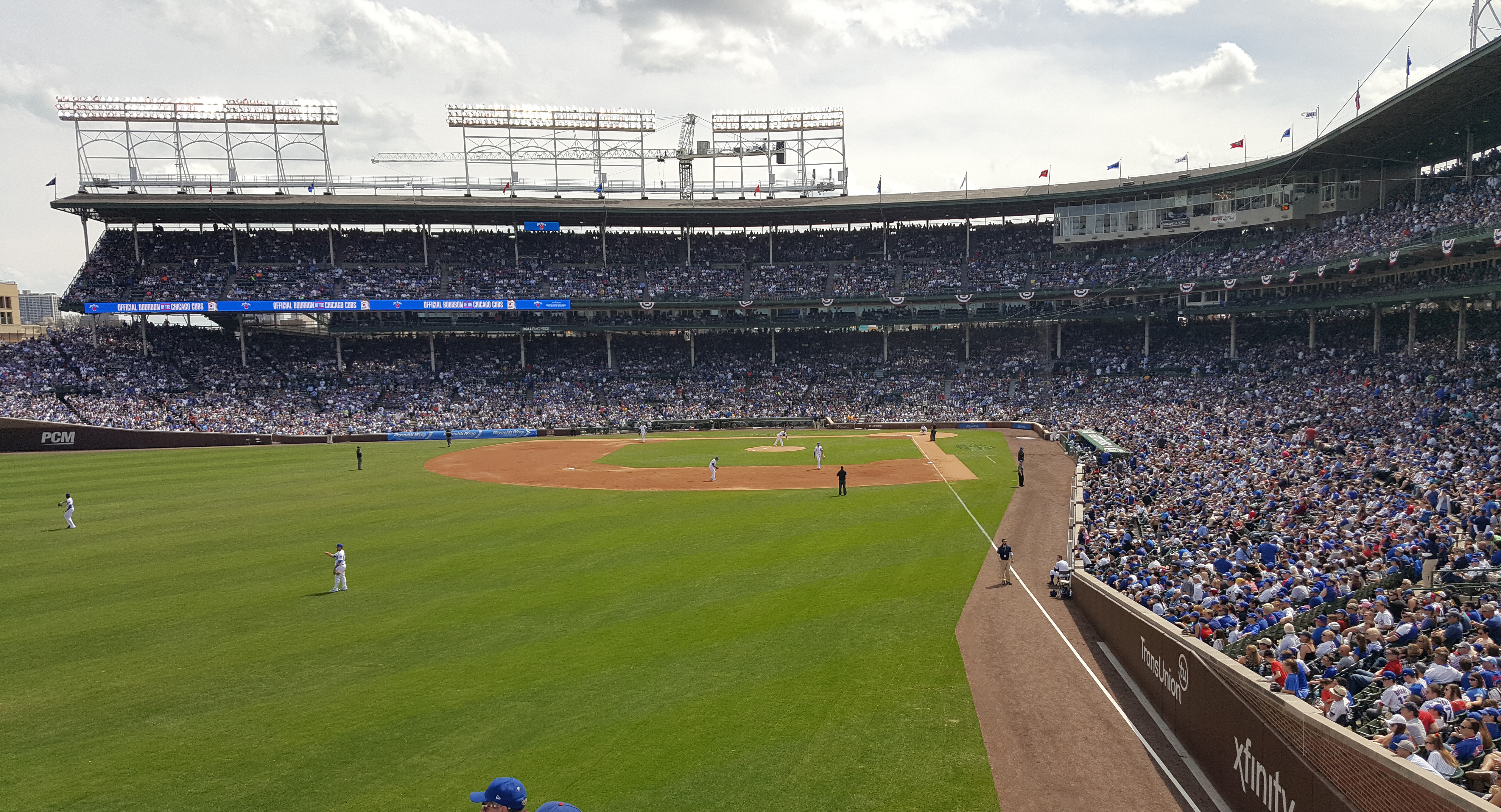 You can see the much smaller amount of foul territory clearly in the two photos.

This year, there’s been another significant change made to Wrigley Field — the movement of the dugouts on both sides of the field farther toward the outfield. 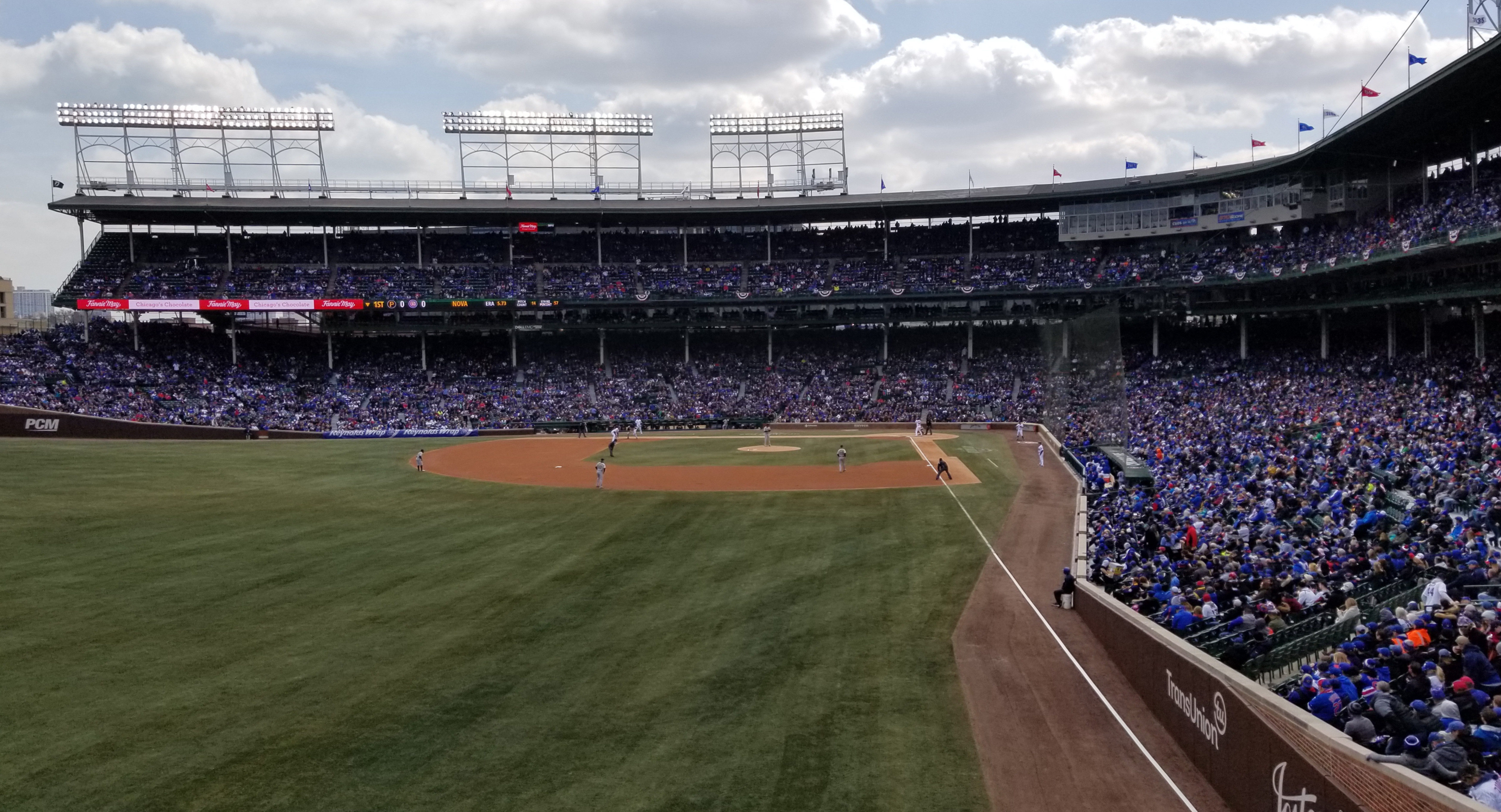 That one’s a little more subtle, but even so, you can clearly see how far the dugout has moved, at least on the third-base side. The first-base side is in the distance in this photo, but even there you can see how much farther the brick wall extends down the line. The new dugout also goes farther into the stands, four rows deep. On the third-base side the four rows are removable, as are the portions of the wall in front of them, in order to make room for a football field. There could be another Northwestern game held at Wrigley Field once the renovations are complete, and the Cubs are even hoping to create and host a college football bowl game at some point in the future.

You’ll also notice that the crane visible in the 2017 photo is gone, and you can see the top floors of the Addison & Clark project through the gap at the top of the upper deck.

The overall look of Wrigley Field is still mostly the same since the restoration project began, with the biggest changes being the video boards. These photos give you a more detailed look at what the changes to the bullpens and dugouts have done to the ballpark.