I didn't use my full allotment, reserve the right to appendix later. Gotta publish and end your wait! Up to 7 concerts, up to 5 album covers / packaging, up to 3 'fictional performers/bands.' Here goes nothing!

I was visiting NYC with the University of Virginia Pep Band. We stayed at The Essex House, famous from Saturday Night Live 'guests staying at' mentions. Our gig was at The Meadowlands and we played and lost to Rutgers, long before they ridiculously joined the Big 10.

I knew Manhattan was a grid, and calculated that I could walk 50 blocks straight down to Greenwich Village to this show. Amazing what you can tackle when you're young and determined and foolish. Back in that day Manhattan was still seedy as f*ck, especially deep in the night. I armed myself with a rock. Maybe … just maybe they'd think I was a black belt in Kung Fu.

Pretty much a blur after that, as Peak Experiences can be. I somehow secured a front-of-balcony slot, and for two hours I didn't budge to buy a beer or take a piss. An early lesson about Protecting The Real Estate.

X's debut album Los Angeles (1980) was still pretty fresh in the racks, but again, for young bands the iron is hot. At that NYC show I saw them working out the Los Angeles cuts as well as the new album Wild Gift, and even some that wouldn't surface until third album Under The Big Black Sun.

X is one of the best live acts to emerge from the US punk scene, and I've had the good fortune to see them several times, most recently in '06. The original lineup still performs. Grinning guitarist Billy Zoom was born in Savanna, Illinois along the Mississip. The band recently did a strange cameo on Comedy Central's Children's Hospital.

The Speaking In Tongues tour that became the concert film / album Stop Making Sense. Some of you report having caught this tour at Poplar Creek.

I'm not sure about the current state of university "concert boards," but I can say we fared pretty well. Most concerts in our basketball arena sounded lousy, but Talking Heads and a few others figured it out.

Late Show host Stephen Colbert, then a student at nearby Hampden College (about 45 minutes away), had a ticket but lamed out. He later confessed this to David Byrne. 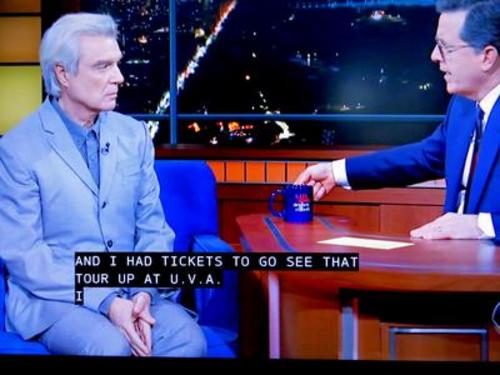 The sheer assembled star power – that's multiple headliners right there – probably makes me remember this show as better than it was. The Tribune's Greg Kot described it as a little stiff. Bummer: it was simulcast live, but due to rights issues the recording isn't available to the public. I can't find any gig photos either. But it happened, I swear.

This is as much about the surrounding events as the shows themselves, which were awesome and too loud. "The Swish" had been getting alternative/college airplay from the debut Almost Killed Me. Buzz was strong for forthcoming sophomore album Separation Sunday. The first time you up-close see Craig Finn's "manic Phil Silvers" stage manner is indelible

I was temporarily residing in Baltimore. The Hold Steady was basically the Twin Cities band Lifter Puller modified and relocated to hipster mecca Brooklyn. Conquering their hometown would be huge. Circumstances led them to play these two Baltimore shows WHILE they were blowing up back home. In the 42-day intermim between these shows, The Hold Steady would make the cover of the Village Voice – the powerball for a New York band jostling for notice – on April 26, and mark the actual album release on May 3. Their hometown record release show wouldn't go down until May 19 at the Bowery Ballroom. 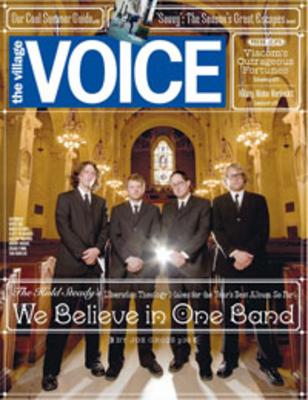 At the time it felt like Baltimore got the goods before New York. There I was feeling Charm City pride! Which even for a temporary resident one can feel after, say, being outnumbered 3-to-1 at Camden by Amtrak-riding Red Sawks douches. Looking back it was probably more like trying out Broadway-bound productions in a shakedown cruise far enough out of town.

Whither physical musical media anymore? Sure Vinyl LPs are resurging but ultimately limited and too expensive. Most everyone else believes every music recording and video will be free or "digital ownership" in The Cloud in perpetuity. Physical Artifact fetishists still buy "what's a CD?s" and curse 'digital only' releases.

If you were around Vinyl LP Culture at any point you KNOW why album art and packaging is important, and no diss intended toward Gen Z & Y-ers, and X-ers who maybe watched your elders sort out stems and seeds on an LP cover.

Rhino Records box sets: Can You Dig It?: The '70s Soul Experience and One Kiss Leads To Another: Girl Group Sounds 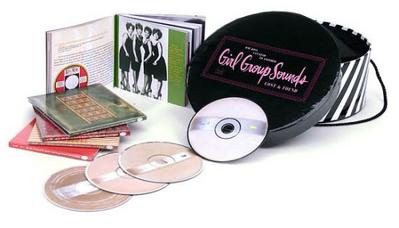 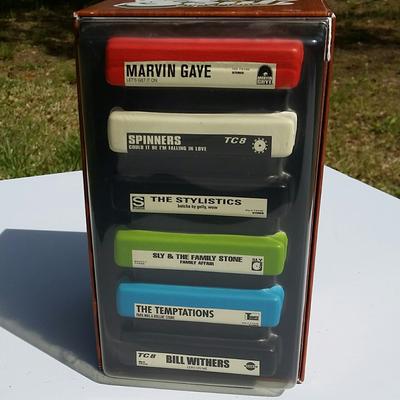 All Hail RHINO! Long story short: there was a last-gasp-of-CDs heyday when Rhino's Art Department could propose a mock 8-Track Tape Case (soul) or women's hat box (girl group) and pass it through committee. It costs what it costs. Sighs.

It arrived at Zayre cloaked in cardboard. Was the cover just too scandalous .for retail display? I wasn't enough of a Coop fan to buy it, so I was left to wonder. Were any of you also tantalized and ultimately let down? 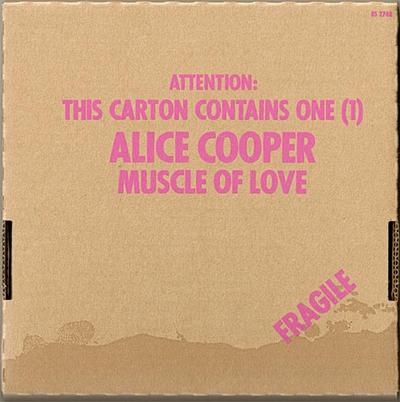 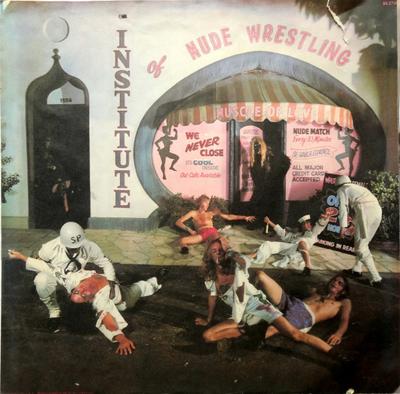 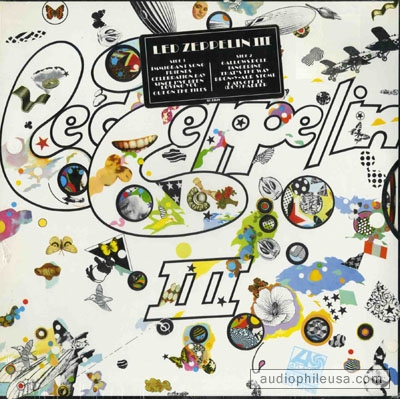 1970s die-cuts are almost always among the greatest album covers. The ingenuity of the working Pinwheel brought geniune fun. Turn the wheel and different images peer out from the openings. 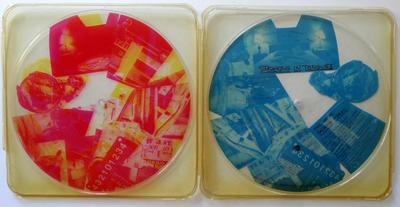 My college roommate Dave, already a savvy art historian and bargain scavenger, snapped this up, while Cheap Me eschwed the extra $2-4 for a limited-edition Rauschenberg … thingy! "It majorly wrecks the symmetry of your spines-forward LP bookcase presentation!"

Similar to Zep 3's pinwheel, this contraption involves rotating the translucent stacked discs for different views. The album itself is on clear vinyl.

Not much I can add about the key creative force in '70s/'80s rock/pop album cover design. I highly recommend the documentary Taken By Storm: The Art Of Storm Thorgerson And Hipgnosis (d Roddy Bogawa, 2011) or any of the 'coffee table books' for the amazing stories of how they staged the photographs in the era before digital editing/effects. Yes they set a stuntman on fire for Wish You Were Here. 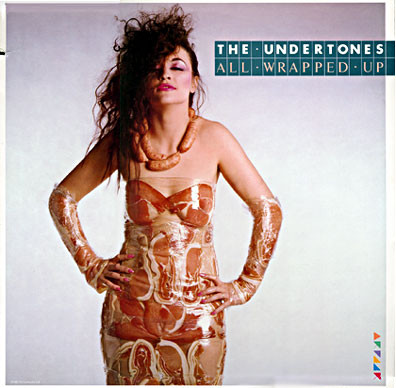 I'd give this a positive Tomato at around 3.5 out of 5. Charlize Theron. Patton Oswalt. Cody Diablo script. Setting up the clip: Theron is a stunted grownup who improbably pens a Young Adult bestseller, and her book tour brings her back through her hometown. She has long fantasized about the Patrick Wilson 'lost chance' character who, crushingly to her, is happily married to and fathering with Elisabeth Reaser. Who happens to drum for the All-Mom Block Party Band NIPPLE CONFUSION. Here covering Teenage Fanclub's "The Concept."

Aside: Reaser would later surface as Diana The Waitress in Mad Men.

THE FABULOUS STAINS – from the film Ladies and Gentlemen The Fabulous Stains (d Lou Adler, 1982) 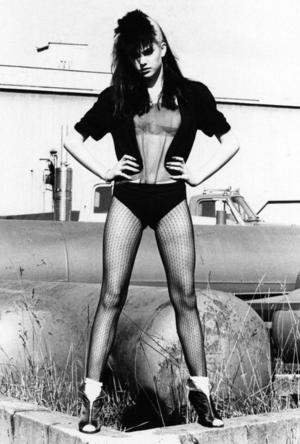 BECKY SOMETHING – from the film Her Smell (d Alex Ross Perry, 2018)

Less a recommendation than just putting it on your radar. Elisabeth Moss as a Courtney Love type. Not bad, no life-changer either.